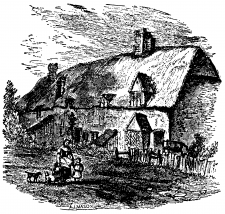 Legendary British prophetess, supposed to have been born in the reign of King Henry VII and to have predicted the deaths of Cardinal Wolsey and Lord Percy, as well as other events. Her prophecies had a clarity quite unlike the cryptic verses of Nostradamus. Shipton was also credited with even more remarkable prescience in the following rhymed couplets:

"Carriages without horses shall go,
And accidents fill the world with woe.
Around the world thoughts shall fly
In the twinkling of an eye.
The world upside down shall be
And gold be found at the root of a tree.
Through hills man shall ride,
And no horse be at his side.
Under water men shall walk,
Shall ride, shall sleep, shall talk.
In the air men shall be seen,
In white, in black, in green;
Iron in the water shall float,
As easily as a wooden boat.
Gold shall be found and shown
In a land that's now not known.
Fire and water shall wonders do,
England shall at last admit a foe.
The world to an end shall come,
In eighteen hundred and eighty one.

These alleged prophecies occurred in a chapbook pamphlet published in 1862 by the bookseller Charles Hindley, who claimed that they were reprinted from an earlier chapbook by Richard Head titled The Life and Death of Mother Shipton, first published in 1684.

The final couplet about the end of the world caused a great deal of panic in country districts of Britain during 1881, with people leaving their houses and spending the night in the open fields or praying in churches and chapels.

Meanwhile Hindley had already confessed that these lines were a fabrication in 1873, but by then they had passed into folk tradition, and ordinary country folk did not read learned antiquarian journals. Even in modern times, these spurious prophecies of Hindley, which seem to predict automobiles, steamships, submarines, the telegraph, radio, and aircraft, are still often quoted as Shipton's. (For details of Charles Hindley's confession of having invented Shipton prophecies, see Notes and Queries, 4th series, vol. 9.)

Richard Head's chapbook of 1684 contains an undoubtedly imaginary account of the birth of Shipton from a union between her mother Agatha and the Devil in Yorkshire, England. That account appears to be an embellished version of an earlier pamphlet of 1641 titled The Prophesie of Mother Shipton, In the Raigne of King Henry the Eighth. Fortelling the death of Cardinall Wolsey, the Lord Percy and others, as also what should happen in ensuing times.

Four years later, the famous astrologer William Lilly published A Collection of Ancient and Moderne Prophesies that included what he called "Shipton's Prophecy, after the most exact Copy." This gave 20 prophecies attributed to Shipton, most of which were said to have been fulfilled.

There is no validation that these prophecies were actually made or that Shipton was even a real person, but she rapidly became a folk heroine and even the subject of stage comedies. In The Life of Mother Shipton: A New Comedy (1660), the heroine and prophetess is named Agatha Shipton, daughter of Solomon Shipton. In a later work titled Mother Shipton and Nixon's Prophecies (1797), she is stated to have been born in July 1488 and to have been baptized Ursula Sonthiel. This account added: "Her stature was larger than common, her body crooked, her face frightful; but her understanding extraordinary."

Early chapbook portraits of Shipton represent her as an ugly woman with the characteristic hooked nose, chin, and humped back associated with Punch in the traditional Punch and Judy puppet show. Shipton is probably wholly legendary, and many prophecies attributed to her are spurious inventions.

Apocalypse , In apocalyptic visions, prophets see ahead to the end time. Humankind's salvation lies in the future, and the meaning of the present is obscured in t… Missouri Compromise , The Missouri Compromise of 1820 was a congressional agreement that regulated the extension of slavery in the United States for thirty years. Under th… William Blount , Blount, William Blount, William Excerpt from "Treaty with the Cherokee" Published in Law and Treaties, edited by Charles J. Kappler, 1904 The Souther… Beatitudes , Beatitudes, the the blessings listed by Jesus in the Sermon on the Mount (Matthew 3:5–11): ‘Blessed are the poor in spirit: for theirs is the kingdom… IMMANUEL , IMMANUEL IMMANUEL (Heb. עִמָּנוּ אֵל – this spelling, everywhere in two words, of which the first has everywhere a musical accent of its own: merekha… Kansas-nebraska Act , Kansas-Nebraska Act An Act to Organize the Territories of Nebraska and Kansas The Kansas-Nebraska Act of 1854 was the third and last of the series of…