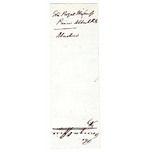 oxford
views updated
Mar, John Erskine, 11th earl of [S] (1675–1732). Debts being his inheritance, Mar entered politics in 1696 as placeman in the court party in Scotland, led by the duke of Queensberry until his fall in 1704. Mar rejoined him in office in 1705, helping him push the Act of Union through the Scots Parliament in 1707. Elected to Westminster as a representative Scots peer, by 1713 he was supporting a motion for repeal of the Union.

Having failed to attract the favour of George I, he sailed for Scotland to raise the standard of Jacobite rebellion on the Braes of Mar. The national response was spectacular, but he ruined the enterprise by sheer incompetence. After 1716 he lived in exile, until 1725 in association with the exiled dynasty, though after 1719 as a double agent currying favour with the Westminster government. He pottered with plans for economic improvement after 1725, but died unrestored to his estates.

Public Debt , public debt, indebtedness of a central government expressed in money terms, often referred to as national debt. The debt is computed differently by n… Margaret Grace Bondfield , Margaret Grace Bondfield Margaret Grace Bondfield British union official and political leader Margaret Bondfield (1873-1953) was a lifelong advocate… Succession , SUCCESSION , devolution of the deceased person's property on his legal heirs. Order of Succession The Pentateuchal source of the order of succession… Union Party , The Union Party was an incongruous and shortlived alliance of left-leaning opponents of the Roosevelt administration whose presidential candidate, Co… Bruges , Bruges Bruges (brōōzh, Fr. brüzh) or Brugge (brŭ´gə, Du. brüpstr;khə), city (1991 pop. 117,063), capital of West Flanders prov., NW Belgium, connecte… Motion , Motion A written or oral application made to a court or judge to obtain a ruling or order directing that some act be done in favor of the applicant.…