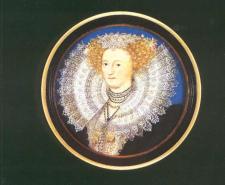 oxford
views updated
Shrewsbury, Elizabeth Talbot, countess of (1518–1608). ‘Bess of Hardwick’ was one of the most remarkable women in Elizabethan England. The daughter of a Derbyshire squire, she gained wealth and status through four increasingly ambitious marriages, the last (in 1567) to George Talbot, earl of Shrewsbury. Two alliances between their respective children created a dynastic structure. The Shrewsburys were given charge of Mary, queen of Scots (1569–84), but a daughter's marriage to Darnley's younger brother (the union producing Arabella Stuart) provoked Elizabeth I's displeasure. After the earl's death, Bess, intriguer, termagant, and by then the richest woman in the kingdom, was free to concentrate on her building and furnishing at Chatsworth and Hardwick Hall, and her extensive business concerns based on land and cash; her shrewdness, energy, and strength of purpose made her feared, but she could be generous and lavish. Two of her sons founded the dukedoms of Devonshire and Newcastle.