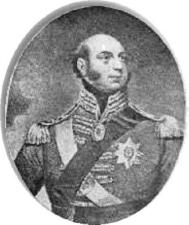 oxford
views updated
York, Edward of York, 2nd duke of (c.1373–1415). The elder son of Edmund of Langley (whom he succeeded as duke in 1402), in 1390 Edward was created earl of Rutland by Richard II, with whom he was a particular favourite. He was a prominent supporter of Richard's coup in 1397, when his rewards included the title of duke of Aumale, which he lost after Henry IV's usurpation. He was accused of murdering Thomas of Woodstock, betraying Richard in 1399, revealing the plot to kill Henry, and in 1405 conspiring against Henry. He continued, however, to serve Henry in Wales and Gascony. Edward commanded the van of Henry V's army at Agincourt, where he was killed. As he was childless, his nephew Richard was heir to his great estates; many were in the east midlands, where he founded Fotheringhay collegiate church, where he was buried.