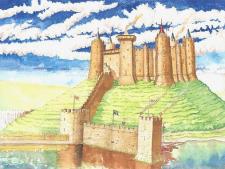 oxford
views updated
Mortimer, Edmund, 5th earl of March and Ulster (1391–1425). Mortimer was the king's ward after the death of his father Earl Roger in 1398; he was kept in Henry IV's family circle. Potentially a valuable pawn because of his royal blood, he was apparently too amiable and unambitious to worry the Lancastrian establishment. He disclosed to Henry V the treasonable schemes of his brother-in-law Richard, earl of Cambridge. Until Henry's death, Mortimer was regularly employed, without distinction, in the French war. In 1424, Henry VI's council appointed him lieutenant of Ireland, where he soon died. Richard, duke of York, was his heir.