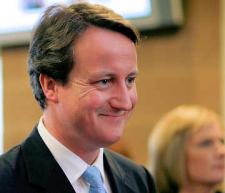 oxford
views updated
Cameron, David (b. 1966). Conservative leader. Educated at Eton and Brasenose College, Oxford, Cameron joined Carlton Communications, a media company, before election to the Commons for Witney, Oxfordshire, in 2001. He served as shadow Deputy Leader of the Commons (2003) and as shadow Secretary for Education (2005). Standing in the leadership contest to succeed Michael Howard, he began as an outsider, but gained a comfortable victory over David Davis in December 2005. His declared aim to modernize the Conservative party and his reduced emphasis on tax cuts raised eyebrows on the right of the party, but he profited from disarray in the Labour ranks.