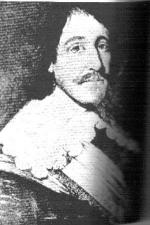 oxford
views updated
Angus, Archibald Douglas, 5th earl of [S] (c.1449–1513). Son and heir of George, 4th earl of Angus [S] (d. 1463), father of the poet Gavin Douglas, and the great political maverick of late 15th- and early 16th-cent. Scotland. Angus was involved in the seizure of James III at Lauder bridge (July 1482)—hence the much later nickname ‘Bell-the-Cat’—his English treasons spanned more than a decade, and he rebelled against James III in 1488. Yet Angus was a friend of James IV, providing the king with his first mistress, Marion Boyd, the earl's niece, in 1492; he subsequently shared another mistress, Janet Kennedy, with the king; and he was chancellor from 1492 to 1497. Losing royal trust, Angus was warded (imprisoned) in Dumbarton and on Bute from 1501 to 1509. He opposed war with England in 1513, and missed Flodden (though two of his sons perished there), dying at Whithorn late in 1513.