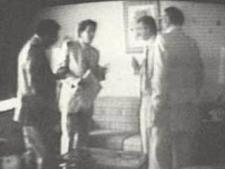 Abscam, U.S. scandal resulting from an investigation begun in 1978 by the Federal Bureau of Investigation. The FBI created a front (Abdul Enterprises, Ltd., hence, Abscam) for its agents, who, posing as associates of an Arab sheik, offered selected public officials money or other considerations in exchange for special favors. The videotaped meetings resulted in the indictments (1980) and convictions of one senator and four congressmen on charges including bribery and conspiracy; another congressman was convicted on lesser charges. The FBI's tactics raised questions about entrapment, and the conviction of Florida Rep. Richard Kelly was overturned (1982).