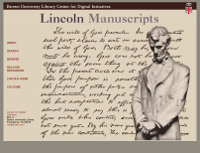 Comedie actor Stepin Fetchit is considered to be the first major black movie star. He starred in over 50 movies, and is remembered for playing controversial characters that many claim are still around in this day. Many have criticized Lincoln Perry, Fetchit’s given name, and others like him for playing negative characters that helped perpetuate the racist attitudes that ran rampant in the 20th Century.

Fetchit was born Lincoln Theodore Monroe Andrew Perry in Key West, Florida. He left home at the age of fourteen, and joined medicine shows, minstrel shows, and carnivals. Later he performed in vaudeville shows as a dancer, singer, and comedian. Perry claimed that he took the name “Stepin Fetchit” from a racehorse that had brought him some cash, but he also told a reporter that he had been a member of a comedy team known as “Step and Fetch It.” Another version is that Perry performed a song about a racehorse name Stepin Fetchit. The performer became associated with the song, due to its popularity, so he took on the name. Either story, the man that the public knows as Stepin Fetchit came to be a rather controversial figure.

Perry arrived in Hollywood in the late 1920s where he made a big impression. The first movie that he made using the name Stepin Fetchit was MGM’s In Old Kentucky, filmed in 1929. After making a few films, Stepin Fetchit had earned the reputation of one of the best screen comedians. He has shared top-billing status with actors such as Will Rogers and Shirley Temple. He was the first African-American actor to become a millionaire and maintained an extremely expensive life style. Perry lived in a large house, had 12 automobiles, including a pink Rolls Royce, and kept a staff of 16 Chinese servants.

As Stepin Fetchit, Perry’s sense of comedie timing was considered brilliant, and had won the admiration of the era’s best known white comedie actors including Charlie Chaplin and Buster Keaton. Stepin Fetchit was never criticized for his talent; he was criticized for the type of character he played, the “arch-coon.” Critic Daniel J. Leab explained in From Sambo to Supers pade: The Black Experience in Motion Pictures, “Fetchit became identified in the popular imagination as a dialect-speaking, slump shouldered, slack-jawed character who walked, talked, and apparently thought in slow motion. The Fetchit character overcame this lethargy only when he thought that a ghost or some nameless terror might be present; and then he moved very quickly indeed.” According to film historian

Donald Bogle, author of Toms, Coons, Mulattoes, Mammies & Bucks: An Interpretive History of Blacks in American Films, Fetchit’s physical appearance also added to the caricature. Fetchit wore clothes that were too large, had a perpetual grin, kept his eyes wide open, and shuffled when he walked.

Many actors have used their “schtick” to further their popularity and to make money. Perry did just that; he used his “schtick” and developed a character that so many people loved and hated. Perry was continuing a performing tradition that had started in the early 19th century—the minstrel show. Originally minstrel shows featured white actors who blackened their faces to portray slaves, but after the Civil War, black actors entered the minstrel tradition and continued the stereotyped characters. While much of the minstrel tradition reflected comical life situations, some shows and movies portrayed violent and degrading themes. For example, in D.W. Griffith’s film A Birth Of A Nation, the audience watched black-faced actors raping and stealing from Southern white people. Stepin Fetchit was traded, along with a horse, to Will Rogers in David Hamm, (1934) and then afterward traded twice more. In Judge Priest, Fetchit was repeatedly berated and pushed around. What separated Perry’s character aside from other traditional “coon” characters was the fact that Stepin Fetchit was featured in many very popular movies. The Stepin Fetchit character not only reached millions of people by way of movie theaters, but also on the television set.

During the 1970s when most television networks offered black-themed shows, the public was still fed watered-down Stepin Fetchit characters. Not only has the stereotype character been perpetuated, but the words, “Stepin Fetchit” have become incorporated into our vocabulary. A “Stepin Fechit” is synonymous with a lazy, slow-witted manner or in more contemporary times, a sellout. In addition, other actors imitated Stepin Fetchit such as Willie Best and Mantan More-land.

African-American communities have remained critical and resentful of the Stepin Fetchit character because of the lowly persona that Fetchit perpetuated. As the American cultural climate became more politically correct, the Stepin Fetchit characters became less popular, indeed less tolerated. Fetchit essentially drifted into obscurity during the 1940s and 1950s. He squandered his fortune and by 1947, he was forced to go into bankruptcy. In 1960 Perry was a charity patient at Chicago’s Cook County Hospital. During the 1960s, Stepin Fetchit re-entered the limelight, however, becoming one of Muhammed Ali’s followers. He also became a Black Muslim.

Even though Fetchit was well regarded and some critics assert that he opened doors for other black actors, he will always be remembered as the lazy “coon.” In 1970 Perry sued CBS, unsuccessfully, for defamation of character for the way he was portrayed in the 1968 documentary Black History: Lost, Stolen, or Strayed. Stepin Fetchit made two last films in the 1970s, Amazing Grace and Won Ton Ton, the Dog Who Saved Hollywood. Perry died on November 19, 1985 in California. In all, Fetchit made nearly fifty films during his career. Whether the public finds Stepin Fetchit offensive or loveable, there is one thing that can be agreed upon, the image is indelible.

Leab, Daniel J. From Sambo to Superspade: The Black Experience in Motion Pictures.

Lincoln Theodore Monroe Andrew Perry, named after four U.S. presidents, became a major star as Stepin Fetchit and the center of a stillongoing controversy. His supporters see him as a pioneering black comic actor who had a pathbreaking Hollywood career; his detractors see him as one who profited through his demeaning depictions of African Americans.

Perry was born and raised in Key West, Florida, and left home in 1914 after a stint at St. Joseph's College (a Catholic boarding school) to pursue a career in show business, joining the Royal American Shows plantation minstrel revues. With comic Ed Lee, he developed a vaudeville act entitled "Step 'n' Fetchit: Two Dancing Fools from Dixie." When Perry and Lee split, he adopted the name "Stepin Fetchit" as his own.

Stepin Fetchit spent years on the TOBA (Theater Owners Booking Association) vaudeville circuit, developing his stage persona as a lazy, dimwitted, slow, shuffling black servant, where he performed for primarily black audiences to great success. Stepin Fetchit came to Hollywood in the 1920s, and his first appearance in the 1927 film In Old Kentucky, playing his stereotyped black persona, earned him a positive mention in Variety. The next two films in which he appeared—Salute (1929) and Hearts of Dixie (1929), the first all-black film musical—brought Stepin Fetchit considerable press attention.

Stepin Fetchit went on to make more than forty films from 1927 to 1976, becoming one of the first black Hollywood stars. He was a favorite of director John Ford, with whom he made five films: Salute (1929), The World Moves On (1934), Judge Priest (1934), Steamboat Round the Bend (1935), and The Sun Shines Bright (1954). In Steamboat Round the Bend and Judge Priest, Ford teamed him up with Will Rogers, with whom he had worked years earlier on the vaudeville circuit. The finale of Judge Priest consisted of Fetchit's leading a street parade in a top hat to the tune of "Dixie," and thereby stealing the show.

Nonetheless, Stepin Fetchit's main Hollywood career came to an end in the late 1930s. Black audiences were uncomfortable with the caricatures, and white audiences became tired of them. Stepin Fetchit left Hollywood in the early 1940s bankrupt, having reportedly squandered $1 million, and moved to Chicago, where he made occasional nightclub appearances. In the 1950s he reemerged, appearing in Bend of the River (1952) and The Sun Shines Bright (1954), but neither film succeeded in reviving his career. It was not until the late 1960s that he resurfaced as a member of Muhammad Ali's entourage and as the litigant in a 1970 $3 million lawsuit against CBS for, Stepin Fetchit claimed, "taking me, a Negro hero, and converting me into a villain," in a television show on black history. The suit was eventually dismissed.

In 1972 Stepin Fetchit was awarded a Special Image Award by the Hollywood chapter of the NAACP. He also received the Bethune-Cookman Award for Black Leader-ship (1972), and in 1978 he was presented with the Black Filmmakers' Hall of Fame Award. Stepin Fetchit died in Los Angeles in 1985.