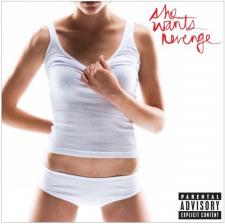 In economics, the term want refers to a wish or desire to own goods and services that give satisfaction. More generally, the concept involves the endless succession of material wants exhibited by all human beings. Material wants are the desires of consumers to obtain and use various goods and services that provide utility. Usually, wants are backed by effective demand—ability and willingness to pay.

Nature has made lavish the distribution of its natural resources and this has brought about an endless desire for many things even though they may not necessarily be basic needs (food, clothing, and shelter). As basic needs and wants are satisfied, other wants will arise. For this reason, human wants are unlimited: The satisfaction of one want leads to another. At the same time, the means (natural, human, and manufactured) used in satisfying them are limited (scarce).

The study of economics begins with a consideration of scarcity. Scarcity refers to a situation in which goods and services are limited in supply, and thus the full demand for those goods and services cannot be met. Because people have unlimited wants—and thus want more than they have or can purchase with their incomes—what they have is never enough, even if they are wealthy. And given that people do not have everything they want, they must use their limited time and income to select those things they want most and forgo the rest. The choices they make and the manner in which the choices are made explain much of why the real world is what it is. A choice is simply a comparison of alternatives. When you choose one thing, the lost benefits of the next best alternative represent the opportunity cost of your choice.

The rapid introduction of new products whets our appetites and extensive advertising persuades us that we need countless items we might not otherwise buy. For instance, not too long ago, we did not want light beer, videocassette recorders, fax machines, or compact discs—because they did not exist. The overall objective of all economic activity is to attempt to satisfy material wants, both longstanding and newly created.

The wants of consumers (goods and services) become available through business activities. It is, then, business that produces the food, clothing, shelter, furniture, household utensils, and so on that we all need. It supplies us with all our means of transportation, from the simple bicycle to the sophisticated airliner. It provides all our entertainment, from children’s comics to the television programs beamed to us from satellites in space.

Wants expressed as effective demand reflect major economic decisions by states, corporate institutions, and multilateral institutions, and are significantly affected by forces emanating from either the world market or domestic markets. For instance, domestic pricing mechanisms influence the investment decisions of individuals, as well as corporate economic factors. Examples can be found in the stock exchange process, in which decisions to buy or sell stocks are influenced by stock values.

In practical terms, wants for goods emanate from consumers, and thus producers produce what consumers need; if they do not, they may go out of business. Furthermore, if production is undertaken in order to supply the wants of mankind, then demand must be the basic force in economics. Every individual demands goods and services and when all the individual demands are put together, the resulting composite demand is what industry must meet if people are to achieve satisfaction. Demand for goods that are not to our personal taste, or are less fashionable or less well promoted through advertisement will be weaker. Tastes and preferences, as well as publicity, thus play some part in determining the total want for a commodity or service.

At the national level, the overall want of countries may differ, depending on their level of development (technological, human, and material), income, state of peace or war, and natural resources. For example, a war-torn country will have a constant need to import arms. Because nature has not equitably distributed its resources over the surface of the earth, nation-states depend on one another for those goods for which they have the least comparative cost advantage. The exchange between nations of such resources is an obvious solution to national shortages.

Nations may have diverse wants (perhaps reflected in development programs and projects), but few resources. This scarcity of resources comprises a huge constraint, and thus nations may be forced to drop some of their white elephant projects and arrange their programs in order of importance pending the availability of funds. With scarcity, which ensures that nations’ wants exceed what they can actually produce, potential demand will obviously exceed potential supply. As a result, the shortfall in supply of a nation’s wants will be made up by other nations.

More significantly, national wants determine the level of international trade and what categories of goods (wants) will be imported. For instance, for years the United States stockpiled its own oil resources for strategic reasons and instead used cheap supplies from Venezuela and the Middle East. Similarly, Great Britain has allowed its own cotton industry to run down in the face of competition from the newly industrialized countries of the Far East, whose cheap labor and skillful exploitation of new technology have made them more economical than Lancashire. This economic philosophy of wants has been criticized for being excessively laissez-faire.

Wants are driven by self-interest, and in most cases involve a clash of interests. For example, nations may go to war to protect their own “national interest” despite the obvious consequences. Another difficulty connected with the satisfaction of human wants is that people and nations are spread around the world in a very haphazard way, making it impossible to evenly satisfy human wants; furthermore, one person’s wants may be another person’s needs and vice versa. In addition, the means of fulfilling wants are inherently limited, as the world at any given time can only produce a limited amount of goods and services due to the limited resources at its disposal.

Wants as an economic desire never cease; they grow in spiral-like movements of business activity. We engage in business activity so that we can satisfy human wants. When we do satisfy these wants, the very act of satisfaction consumes the useful goods or services created and we must start the process again in order to supply a further batch. The process goes from wants through enterprise, production, distribution, and marketing to consumption and satisfaction, and back to wants again.

Want , want / wänt; wônt/ • v. 1. [tr.] have a desire to possess or do (something); wish for: I want an apple | we want to go to the beach | [tr.] she wante… Economics , Economics is often described as a body of knowledge or study that discusses how a society tries to solve the human problems of unlimited wants and sc… Antitrust Legislation , Antitrust legislation refers to a set of laws meant to protect consumers and society by ensuring that businesses do not unfairly dominate their indiv… Needs , Human needs are advocated, rejected, or problematized by different groups of scholars. This essay deals only with the first group. For surveys of “re… Alfred Marshall , Marshall, Alfred Marshall, Alfred Alfred Marshall (1842-1924) is one of the great names in the development of contemporary economic thought, and the… Supply And Demand , Supply and demand is a fundamental factor in shaping the character of the marketplace, for it is understood as the principal determinant in establish…