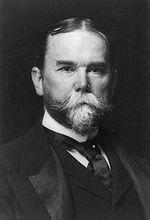 FOUR-POWER TREATY, signed on 13 December 1921 by the United States, Great Britain, France, and Japan. It was one of seven treaties that emerged from the Conference on Limitation of Armaments held in Washington from 12 November 1921 to 6 February 1922. U.S. Secretary of State Charles Evans Hughes had opened the conference by dramatically calling for steep reductions in the battleship fleets of the attending nations, a surprising challenge that set the tone for a highly productive conference. The Four-Power Treaty sought to eliminate the development of rival blocs in East Asia, as well as to preserve the territorial sovereignty of the signatories' holdings in the Pacific. The treaty acted as a substitute for the Anglo-Japanese alliance that, under pressure from the dominions and the United States, Great Britain had allowed to expire in 1921, and as the necessary preliminary to the other treaties and resolutions of the conference. The signatories bound themselves to respect each others' "rights in relation to their insular possessions and insular dominions in the region of the Pacific Ocean," to go into conference for the consideration and adjustment of any controversy "arising out of any Pacific question and involving their said rights which is not satisfactorily settled by diplomacy," and to "communicate with one another fully and frankly in order to arrive at an understanding as to the most efficient measures to be taken, jointly or separately" in the event of "the aggressive action of any other Power." The treaty was to run for ten years, and thereafter until denounced by one of the signatories. A declaration of the same date applied the treaty to the mandated islands of the Pacific, but without signifying the assent of the United States to the mandates or preventing it from negotiating about the mandates. The Senate ratified the treaty with the reservation that there was "no commitment to armed force, no alliance, and no obligation to join in any defense."

By a supplementary treaty of 6 February 1922, the signatories declared that "insular possessions and insular dominions," when applied to Japan, included only Korafuto (the southern portion of Sakhalin), Formosa, the Pescadores, and the islands under the mandate of Japan. The same powers also signed the Nine-Power Treaty, which declared their collective commitment to the Open Door Policy and Chinese territorial sovereignty. Taken as a whole, the seven treaties negotiated at the Washington conference established a peaceful status quo in the Far East that would last until the 1930s.

Clayton-bulwer Treaty , Clayton-Bulwer Treaty Rivalries between the United States and Great Britain had been sharpening in Central America because of British occupation of t… Treaty Of Troyes , Treaty of Troyes Troyes, treaty of, 1564. At her accession in 1558, Elizabeth inherited from Mary a war against France in which Calais, a 200-year-ol… Treaty Of Versailles , The Treaty of Versailles was the agreement negotiated during the Paris Peace Conference of 1919 that ended world war i and imposed disarmament, repar… Treaty Of Brussels , Brussels, treaty of Christopher N. Lanigan Anti-ballistic Missile Treaty , ANTI-BALLISTIC-MISSILE TREATY OF 1972 The Anti-Ballistic-Missile Treaty of 1972 (ABM Treaty) limited the number of defensive antiballistic missile (A… Treaty Of Edinburgh , treaty of Edinburgh Edinburgh, treaty of Edinburgh, treaty of, 1560. The treaty has been claimed as a turning-point in Anglo-Scottish relations. Eliz…