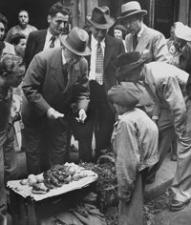 A Keogh Plan is an employer-funded, tax-deferred retirement plan designed for unincorporated businesses or self-employed persons, including those who earn only part of their income from self-employment. Covered under Section 401(c) of the tax code, Keogh plans are named after Eugene Keogh, the congressman who first came up with the idea. Keogh plans feature relatively high allowable contributions—$42,000 annually as of 2006—which makes them popular among sole proprietors and small businesses with high incomes. In general, however, Keoghs are more costly to set up and administer than similar retirement programs, such as Simplified Employee Pension (SEP) plans, because they require annual preparation and filing of IRS Form 5500. This long and complicated document usually requires a small business to obtain the services of an accountant or financial advisor. In addition, financial information becomes available to the public under Keogh Plans.

As is the case with other common types of retirement programs, Keogh contributions made on employees' behalf are tax-deductible for the employer, and the funds are allowed to grow tax-deferred until the employee withdraws them upon retirement. The funds held in a Keogh may be invested in certificates of deposit, mutual funds, stocks, bonds, annuities, or some combination thereof. Withdrawals are not permitted until after the employee has reached age 59 ½, or else the amount withdrawn is subject to a 10 percent penalty in addition to regular income taxes. Usually only the employer may contribute to a Keogh plan. In addition, the employer can establish a vesting schedule through which employees gradually gain full rights to the funds in their accounts over a number of years. Keogh accounts must be opened by December 31 in order to qualify for tax deductions in a given year, but funds can be contributed until the company's tax deadline.

Keogh plans can be structured in a number of ways. Although it is possible to design a Keogh as a defined benefit plan (which determines a fixed amount of benefit to be paid upon retirement, then uses an actuarial formula to calculate the annual contribution required to provide that benefit), most Keoghs take the form of a defined contribution plan (which determines an amount of annual contribution without regard to the total benefit that will be available upon retirement). The two most common types of Keoghs are profit-sharing and money purchase plans—each of which fall under the category of defined contribution plans.

Although Keoghs give small business owners valuable tax deductions and enable them to provide a valuable benefit to their employees, the plans also have some disadvantages. Business owners who employ other people are required to fund a retirement program for non-owner employees if they establish one for themselves. But because the owner's contributions to his or her own plan are based upon the net income of the business—from which self-employment taxes and contributions to employees' retirement accounts have already been deducted—the owner's allowable contributions are reduced.

For small business owners interested in establishing additional retirement savings, tax law changes that took effect in 2002 created a new personal retirement plan option for business owners that has become very popular. This retirement savings option is only open to business owners who do not have full time employees. It is called the Self-Employed 401(k). Advantages that the Self-Employed 401(k) plan has over the Keogh plan include easier administration of the plan; higher contribution limits; provisions for "catch-up salary deferral contributions for those over the age of 50, and loan options that allow the account holder to borrow from his or her own account.

For small business owners with full time employees, the benefits of Keogh plans may still be one of the best retirement savings options. Other plans to consider include Simplified Employee Pension Plans (SEPs), Simple IRAs, and Simple 401(k)s. Small businesses that offer such plans can use them to attract potential employees and deter current employees from leaving the company to work for a larger competitor. With their high allowable contribution levels, Keogh plans also give the business owner a good opportunity to achieve a financially secure retirement.

A retirement account that allows workers who are self-employed to set aside a percentage of their net earnings for retirement income.

Also known as H.R. 10 plans, Keogh plans provide workers who are self-employed with savings opportunities that are similar to those under company pension plans or individual retirement accounts (IRAs). However, Keogh plans allow for a much higher level of contribution, depending on the type of plan selected.

Self-employed individuals are defined as people who pay their own social security taxes on their net income. This net income cannot include any investment earnings, wages, or salary. The self-employment does not have to be full-time; in fact, workers who are self-employed on the side can have a separate IRA or other retirement account in the pension plan of the company that pays their wages or salary.

Four different types of Keogh plans are available: profit sharing, money-purchase pension, paired, and defined benefit. Profit sharing plans are most often set up by small businesses because they require a minimal contribution by employees. The maximum amount that may be contributed to this type of plan is 13.04 percent of an employee's net income, up to a total of $22,500 a year.

Money-purchase pension plans are often used by high-income earners because the percentage contribution is fixed on an annual basis; the amount can be changed only once a year or through termination of the plan. This plan's contribution limit is 20 percent of net income, up to a total of $30,000 a year.

Defined-benefit plans require a minimum contribution of $30,000 a year, so are not available to everyone who is self-employed. Generally, contributors to these plans will employ an actuary to determine the amount of money to be contributed.

Contributors to all Keogh plans are eligible to begin receiving benefits when they are age 591/2. At this point the payments are taxed as income. If any portion of the money in a Keogh plan is withdrawn early (before age 591/2), a 10 percent penalty tax is imposed, in addition to the normal income tax. A 15 percent penalty tax is imposed if the contributor does not start receiving benefits before age 701/2.

Money can be collected from a Keogh plan in several different ways. The two most common ways are lump sums and installments. Lump sum payments are subject to regular income taxes. However, with a tax break called forward averaging, just one tax is paid. This tax is determined by calculating the total amount that would have been paid if the money had been collected in installments. This advantage reduces the amount of total income tax paid on the plan.

Installment distributions can be set up in several different ways and for various lengths. For example, they can be paid annually for ten years or annually for the number of years the recipient is expected to live. Each distribution is taxed as ordinary income.

In the event that the contributor dies before reaching age 591/2, the contributor's heirs will receive the money that is in the Keogh plan, minus income taxes. In this case no penalty taxes are imposed for early withdrawal.

As a general rule of thumb, Keogh plan accounts are judgment proof. Their funds can be seized or garnished only in certain situations. For instance, the government can take Keogh funds to pay personal back taxes owed, and a spouse, ex-spouse, or children may be declared entitled to receive a portion of Keogh money by a court order if the contributor owes alimony or child support.