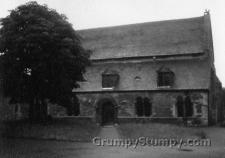 oxford
views updated
Rutland was for more than seven centuries a tiny county, some 17 miles across, and only one-fortieth the size of Yorkshire. It had no clear geographical definition but was pleasant, gentle, wooded countryside, hunted from the 1720s by the Cottesmore. There were only two towns, Oakham, the county town, and Uppingham, famous for its school, founded in 1584.

In the early Saxon period, Rutland formed part of the kingdom of the Middle Angles, and then of Mercia. The existence close at hand of Stamford, one of the five Danish boroughs, must have meant considerable Viking influence, at least in the eastern half. It had not acquired county status by the time of the Norman Conquest, but was given as their personal property to successive queens. When John granted it to Isabella in 1204, it was described as a county, and at the end of the century was given two knights of the shire, like the other counties. In the absence of much middle-class element, Rutland was totally under the domination of the gentry and nobility, particularly the owners of Exton, Burley-on-the-Hill, Normanton, Whissendine, and the Cecils of Burghley, near Stamford. Elections were very rarely contested, and the Noel family held one seat from 1727 until 1883, save for 1841–7. The county lost one of its two seats in 1885.

During the Civil War, Rutland was under parliamentary control and formed part of the Midland Association, though there was skirmishing and raiding. The population in the 1970s was no more than 25,000, of whom 5,000 lived in Oakham. By the Local Government Act of 1972 the county was merged with Leicestershire, though a vigorous protest movement continued. The campaigners triumphed in 1997 when Rutland was restored as a unitary authority.

Staffordshire , Staffordshire is one of the counties most affected by the industrial revolution. The county town has never dominated the shire. In pre-Conquest days,… Huntingdon and Peterborough , Huntingdonshire was the third smallest of English counties in population until merged with Cambridgeshire by the Local Government Act of 1972: it is… North Yorkshire , Skip to main content North Yorkshire North Yorkshire, county (2011 pop. 598,376), 3,209 sq mi (8,313 sq km), N England. The county comprises the dist… Wiltshire , Wiltshire is one of the larger counties, more than 50 miles from north to south. It is not easy to perceive much geographical coherence and the balan… Breconshire , Breconshire. Border county of south Wales taking its name from the Welsh kingdom of Brycheiniog which can be identified from the 8th cent. Its Norman… Northumberland , Northumberland is a large county of ancient origins as an independent kingdom and one of the earliest centres of British Christianity. A great border…