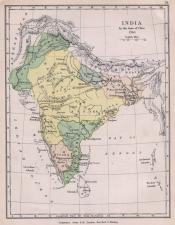 oxford
views updated
Plassey a village in NE India, in West Bengal, north-west of Calcutta. It was the scene in 1757 of a battle in which a small British army under Robert Clive defeated the forces of the nawab of Bengal, establishing British supremacy in Bengal.