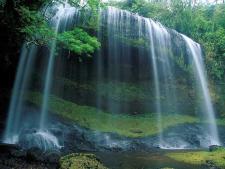 oxford
views updated
Jharkhand State in ne India; the capital is Ranchi. Jharkand is bordered by Bihar, Madhya Pradesh, Orissa and West Bengal to the north, west, south, and east respectively. In 2000 Jharkand was created out of the s regions of the state of Bihar. Jharkhand is one the most industrialised states of India. It has 36% of India's known coal reserves, 40% of its copper, 22% of its iron ore, 90% of its mica, and huge deposits of bauxite, quartz and ceramics. Bokaro is the site of India's largest steel plant. Area: 79,714sq km (30,778sq mi) Pop. (2001) 26,909,428.

Sikkimese , Orientation The Sikkimese live in the Himalayan kingdom of Sikkim, with a population of 316,385 in 1981. Tibet, Nepal, India, and Bhutan all touch th… Tripura , Tripura TRIPURA Located in India's Northeast region, Tripura is the smallest of the seven hill states, the "Seven Sisters." The climate is generally… Madhya Pradesh , Madhya Pradesh (mäd´yə prä´dĬsh), state (2001 provisional pop. 60,385,118), 119,010 sq mi (308,240 sq km), central India, between the Deccan and the… West Bengal , West Bengal State in ne India bordering Nepal, Bhutan and Sikkim (n), Bangladesh, and Assam state (e), the Bay of Bengal (s) and Bihar and Orissa sta… Arunachal Pradesh , ARUNACHAL PRADESH Arunachal Pradesh, "Dawn's Province," is the most northeasterly and most sparsely populated state in India, containing just over 1… Bay Of Bengal , Bengal, Bay of Bay of Bengal, arm of the Indian Ocean, c.1,300 mi (2,090 km) long and 1,000 mi (1,610 km) wide, bordered on the W by Sri Lanka and In…