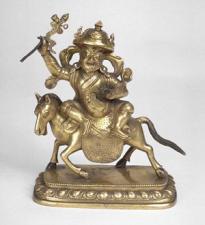 (b. 28 September 1887 in Detroit, Michigan; d. 8 May 1975 in Garmisch-Partenkirchen, West Germany), president of the International Olympic Committee from 1952 to 1972 who brought the Soviet Union into the Olympics, tried to unify the East and West German teams, and generally personified the games, which he ceremonially opened and closed for many years.

Brundage was one of three children, one of whom died in infancy, of Charles Brundage, a stonecutter, and Minnie Lloyd, a homemaker, both from upstate New York. In 1892 Charles Brundage left his family (his later whereabouts are unknown), and the family moved to Chicago, where Avery was brought up largely by his uncle Edward, a prominent Illinois lawyer and politician. Brundage excelled in both his studies and in athletics at Chicago's Sherwood Public School (1892–1899) and the R. T. Crane Manual Training School, from which he graduated in 1905. He then entered the University of Illinois at Urbana-Champaign, from which he graduated with a B.S. degree in civil engineering in 1909. At Illinois, Brundage excelled in basketball and track and field, attracting national attention when the university's track team won the intercollegiate conference title.

After graduation, Brundage became a superintendent for the well-known Chicago architectural firm Holabird and Roche. In his spare time Brundage was active in the Chicago Athletic Association, winning numerous track and field contests. In 1912 he successfully qualified in the pentathlon and decathlon for the forthcoming Olympic Games, excelling particularly in the long jump and the javelin throw. At the Stockholm Olympics, Brundage competed in the pentathlon and the decathlon, winning no medals but qualifying for competition in additional events at Helsinki and St. Petersburg. In his unpublished autobiography, Brundage contrasted the fairness of the Olympics with corruption in the construction industry, noting that "my conversion along with many others to [Baron Pierre] de Coubertin's religion, the Olympic Movement, was complete." In 1914 Brundage represented the Chicago Athletic Association in the "all-round" competition in Birmingham, Alabama.

Supplementing his own savings with borrowed money, Brundage founded his own construction firm in Chicago the following year. His victories in other national track and field events in 1916 and 1918 attracted publicity for his construction firm. Despite his repeated attempts in 1917 and 1918 to enlist in the U.S. military, he was always turned down due to poor vision (since childhood he had worn thick glasses). Although as late as 1932 Brundage was ranked as one of America's ten best handball players, with advancing age he turned to sports administration, becoming president of the Amateur Athletic Union (AAU) in 1928. Shortly thereafter he became president of what was then called the American Olympic Committee. By 1930 Brundage had ended the rivalry between the AAU and the National Collegiate Athletic Association over control of U.S. participation in the Olympic Games.

During the 1920s, the Avery Brundage Company constructed major hotels, factories, office buildings, and apartment houses in Chicago, making Brundage a multimillionaire. Expanding into California in 1941, Brundage bought a hotel and country club in Santa Barbara, which he converted into a palatial mansion, housing his by then enormous and famous collection of precious Asian jades and bronzes. On 22 December 1927 he married Elizabeth Dunlap, daughter of Chicago banker Charles Carroll Dunlap. There were no children, but in 1954 the press revealed that Brundage had had two illegitimate children, born earlier that decade, by Lillian Linea Dresden, the daughter of a Finnish gymnast. Brundage supported his two sons financially but did not publicly admit paternity during his lifetime.

In 1931, as a delegate from the AAU to the International Olympic Committee (IOC), Brundage expressed strong support for the continued and expanded participation of women in the Olympics, which resulted in a substantial increase in the number of women's events in the 1932 Olympics. Two years later the American Olympic Commission sent Brundage to Germany to investigate the Nazi regime's assurances of German Jewish participation in the 1936 Berlin Olympics. Notoriously, Brundage accepted these assurances (later violated) and even echoed Nazi propaganda in his public statements, attributing the movement to boycott the 1936 games to "radicals and Communists." In 1936 Brundage was elected to the IOC. The following year he joined the committee's executive board, of which he became vice president in 1946, and finally president in 1952, an office he held for twenty years. When World War II began, Brundage openly sympathized with the Axis powers, opposing American intervention, and blaming the Jews for seeking it. Later, his political views seem to have moderated.

As president of the IOC, Brundage preached amateurism naively, in the opinion of critics. In 1963 he successfully proposed replacing the playing of national anthems with trumpet fanfares. His promotion of amateurism over commercialism or politics led him to oppose athletic scholarships in the same year, and, earlier, to support the participation of Soviet athletes in the 1952 Olympics. He similarly struggled with the problems of a divided Germany and China participating in the games, devising compromise arrangements. By 1962, however, Brundage had expressed strong opposition to South African apartheid in sports, agreeing to that country's exclusion from the 1964 games and trying unsuccessfully to reach a compromise between the IOC and South Africa four years later.

In 1972 Brundage, increasingly criticized as authoritarian and old-fashioned, retired from Olympic administration, expressing disappointment at the election of the Irishman Lord Michael Kilannin as his successor. Visibly shaken by the terrorist attack at the Munich Olympics in that year, Brundage nevertheless stated "the games must go on." A further blow was the death of his wife, in July 1971, but to the surprise of many, on 20 June 1973 Brundage married Princess Mariann Charlotte Katherina Stefanie von Reuss, the daughter of a petty German prince deposed in 1918, who was forty-nine years younger than Brundage. She had been an interpreter for the 1972 Olympic organizing committee. The couple lived in Garmisch-Partenkirchen, West Germany, where Brundage died of heart failure at age eighty-seven. He is buried in Rosehill Cemetery in Chicago.

Attracting controversy for his strong convictions throughout his lengthy career, Brundage was an idealist in the true tradition of Baron de Coubertin, the founder of the modern Olympic Games, in his dedication to the perhaps unrealistic ideal of amateurism.

The Avery Brundage Collection, including an unpublished autobiographical work, is in the University of Illinois Archives; other personal papers are in the archives of the International Olympic Committee. The only full-scale biography is Allen Guttmann, The Games Must Go On: Avery Brundage and the Olympic Movement (1984). Other works include Alfred Erich Senn, Power, Politics, and the Olympic Games (1999); Heinz Schobel, The Four Dimensions of Avery Brundage (1968); Richard Espy, The Politics of the s (1979); and Christopher R. Hill, Olympic Politics, 2d ed. (1996).