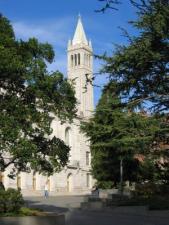 When Bork was nominated to the Supreme Court in July 1987 his opponents ridiculed him as an archconservative who wanted to take away the rights and freedoms enjoyed by the political mainstream. They may have been surprised to learn that Bork began his career at the other end of the political spectrum. Born March 1, 1927, in Pittsburgh, Bork spent his high school and college years as a socialist. He attended the University of Chicago, where he received his bachelor's degree in 1948. In 1952, as a University of Chicago law student, Bork was a new deal liberal supporting adlai stevenson for president. Eventually, however, his political philosophy changed to embrace free-market libertarianism: the law and economics program at the University of Chicago, a bastion of free enterprise research and laissez-faire economic theory, convinced Bork that government should not intervene in the economy.

Bork received his law degree in 1953. After serving two hitches in the U.S. Marine Corps he practiced for a large law firm in Chicago, where he specialized in antitrust law. In 1962, Bork accepted a position teaching antitrust and constitutional law at Yale University. At Yale, he developed his doctrine of "original intent and judicial restraint," which stated that courts can protect only the rights that are guaranteed in the Constitution; all other rights are subject to limitation by Congress and the legislatures. In deciding which rights are to be afforded constitutional protection, courts must be guided by the original intent of the Constitution's Framers. For example, the fourteenth amendment was intended to grant equal protection under the laws to black citizens; therefore, Bork argued, it cannot be used to approve or mandate affirmative action for women.

"[Law is] vulnerable to the winds of intellectual or moral fashion, which it then validates as the commands of our most basic concept."
—Robert Bork

President richard m. nixon appointed Bork solicitor general in 1973. Later that year, by order of Nixon and at the request of the attorney general, who had resigned in protest against the order, Bork fired Special Prosecutor archibald cox at a crucial stage of the watergate investigation.

Those events came to be known as the Saturday Night Massacre. In 1977 Bork returned to Yale, and in 1981 he left Yale for private practice in Washington, D.C. The following year President Reagan appointed him to the U.S. Court of Appeals, District of Columbia Circuit. On July 1, 1987, Bork was nominated to the Supreme Court to replace retiring associate justice lewis f. powell jr.

Over the years, Bork criticized many Supreme Court decisions. In a 1963 article in The New Republic, Bork attacked the proposed Public Accommodations Act—which became title II of the civil rights act of 1964 (78 Stat. 2441, 42 U.S.C.A. § 2000a)—as an infringement of the right of free association. Eight years later, in an article in the Indiana Law Journal, Bork summarized his view of the Constitution and pointed out Court decisions that, in his opinion, were unconstitutional. He declared that the Constitution provided no unwritten protections and therefore guaranteed no right to privacy, contrary to what the Court had established in griswold v. connecticut, 381 U.S. 479, 85 S. Ct. 1678, 14 L. Ed. 2d 510 (1965). Privacy, Bork said, was a free-floating right not derived in a principled fashion from the Constitution. If no right of privacy existed in Griswold, then, according to Bork, the landmark abortion case roe v. wade 410 U.S. 113, 93 S. Ct. 705, 35 L. Ed. 2d 147 (1973) was wrongly decided.

Similarly unprincipled, said Bork, were the decisions of the warren court that affected voting practices and established the principle of "one person, one vote." Bork also said poll taxes (devices often used to keep poor blacks from voting in the South) were not necessarily unconstitutional. In addition, according to Bork, the first amendment should protect only political speech. When he was solicitor general, Bork criticized Shelley v. Kraemer, 334 U.S. 1, 68 S. Ct. 836, 92 L. Ed. 1161 (1948), a landmark civil rights decision that outlawed the enforcement of restrictive covenants in the courts. Finally, Bork publicly expressed his belief that it would be healthy to reintroduce religion into the public schools.

In the summer of 1987 the United States witnessed the most contentious Supreme Court confirmation battle in the 200-year history of the Constitution. The battle over Bork's confirmation turned into a fight-to-the-finish for ideological

control of the Court and in a very real sense for the Constitution itself. Bork was a prolific legal scholar who had left a vast "paper trail" for his opponents to pore over in the search for ammunition to block his appointment to the Court. While leaders of the political right such as the Reverend Jerry L. Falwell and Pat Robertson praised Bork as a savior for a "morally misguided" Court, a coalition of prominent civil rights and other organizations, including the National Association for the Advancement of Colored People (naacp), Common Cause, People for the American Way, the national organization for women, the National Abortion Rights Action League, and the american civil liberties union, came together quickly to fight the nomination. lobbying efforts on both sides of the struggle were aggressive. Clearly, both liberals and conservatives saw the Bork nomination as the culmination of all previous showdowns between the left and the right throughout the Reagan administration. Liberals were particularly determined to stop the nomination. Despite evidence to the contrary, the White House continued to insist that Bork was a moderate conservative like Justice Powell and a model practitioner of judicial restraint.

Bork's confirmation hearing before the senate judiciary committee in September 1987 seemed to hurt his appointment more than any criticisms since the announcement of his nomination. His testimony further stirred his critics to label Bork as much further to the right on the political and legal spectrum than many Americans. In addition, during the hearings, Bork revised or backed down from some of his previous positions, which seemed to indicate that he was willing to change his mind in order to gain the nomination. Commentators believe that this helped convince many undecided senators to vote against him. On October 6 the Senate Judiciary Committee rejected Bork's nomination by a vote of 9–5. In a vote by the full Senate on October 23, Bork's nomination to the Supreme Court was rejected by a margin of 58 to 42.

Critics of original intent saw Bork's rejection as a victory for the perception of the Constitution as a "living" instrument, to be adapted to human needs by a judiciary with sufficient discretion to decide what public values are important enough to protect from majority rule. Bork's supporters called him a victim of liberal attacks.

Bork resigned from the court of appeals in 1988 and joined the American Enterprise Institute for Public Policy Research, a prominent Washington-based think tank. As a senior fellow at the Institute, Bork continued to write and comment on U.S. law and society. Bork published numerous articles and has been a frequent legal commentator on various television shows.

In books such as The Tempting of America: The Political Seduction of the Law (1989), The Antitrust Paradox: A Policy at War with Itself (2d ed. 1993), and Slouching Toward Gomorrah: Modern Liberalism and American Decline (1996), Bork espoused his strongly conservative views. He advocated censorship of certain rap lyrics as well as explicit sexual material found on the internet. He has written that liberals and feminists have helped to destroy the morality of the United States and that there is a relationship between illegitimate births and crime rates.

Kutler, Stanley I. 1992. The Wars of Watergate: The Last Crisis of Richard Nixon.New York:Norton.