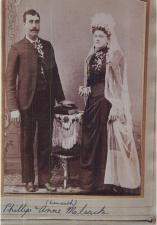 oxford
views updated
Laurentius ( Lawrence) (d. 619). Second archbishop of Canterbury. Named Lawrence ‘the priest’, he landed in Kent with Augustine in 597. At Augustine's request he returned to Rome (601) with ‘Peter the monk’ to fetch a new body of missionaries and the pallium, the archiepiscopal insignia, for Augustine. Before his death Augustine consecrated him as his successor (c.604). Presumably he was not recognized at Rome, for he never received the pallium, but he worked closely with his fellow-bishops Mellitus and Justus. Little is known of his episcopate, but he tried unsuccessfully to bring the Celtic church into conformity, the Irish bishop, Dagan, being especially hostile. Lawrence completed and consecrated the monastery of SS Peter and Paul (613), founded by Augustine. When Æthelbert of Kent died (616), there was likelihood of reversion to paganism under Eadbald, but, unlike Mellitus and Justus, Laurentius stayed and converted him.