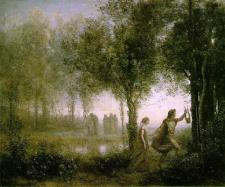 The French economist Jean Baptiste Say (1767-1832), one of the founders of the classical school, is best known for his law of markets. He was the first academic teacher of economics in France.

Jean Baptiste Say was born on Jan. 5, 1767, in Lyons of a Protestant merchant family. Though he became a deist, he retained the deep-rooted sense of moral earnestness he inherited from the martyrs of the revocation of the Edict of Nantes. His outlook was no less affected by his mercantile upbringing and education. After serving two business apprenticeships in England, he entered an insurance firm in Paris, and at the suggestion of his employer he read Adam Smith's Wealth of Nations. Thereupon he decided to become an economist, abandoning business to write economic articles for a republican periodical, La Décade philosophique, of which he was editor.

During the French Revolution, Say espoused its principles and in 1792 fought in defense of the republic. Under the Consulate, he was made a member of the Tribunate, but when he refused on principle to acquiesce to Napoleon's financial policies, he was shorn of his high official position and became a successful textile manufacturer in the north of France, where he introduced the new cotton-spinning methods copied from England. After Napoleon's fall, Say returned to Paris and instituted a series of public lectures on political economy at the Athénée. In 1819 he was appointed the first incumbent of the chair in industrial economy at the Museum of Arts and Crafts, and in 1830 he became the first professor of political economy at the Colle‧ge de France.

In his major work, A Treatise on Political Economy (1803), Say improved upon Smith's Wealth of Nations in form and content. His tripartite division of the classical doctrine into production, distribution, and consumption set a precedent which was followed in standard treatises for more than a century. He gave precision to the concept of the entrepreneur, whom Smith had failed to distinguish from the capitalist investor. Viewing the entrepreneur as buyer and coordinator of the services of land, labor, and capital, Say envisaged production essentially as a market phenomenon. This led him to his famous "law of markets," according to which production, by generating income flows without any leakage into monetary hoards, automatically assured effective demand for aggregate output. Siding with James Mill and David Ricardo, but against Thomas Malthus, he held that general gluts were impossible. Controversy over "Say's law" continues to this day, especially since it was attacked by John Maynard Keynes. Moreover, Say repudiated the labor-cost theory of value and stressed utility as the cause of value. The subsequent development of general equilibrium economics owes much to Say's contribution.

Say's introduction to economics, the ideological flavor he imparted to it, and the social purpose he hoped it would fulfill are all reflections of his life and times. In his teaching, as in his voluminous writings, which include a Catechism of Political Economy (1817) and A Complete Course in Practical Political Economy (1828-1829), his aim was to lay a new moral foundation of society by revealing economics as a science of laws of nature which cannot be violated without bad effect. Say was thus an apostle of economic liberalism, utterly opposed to government intervention in business and to all socialistic schemes. For him, moral legitimacy attaches to a social order in which individual self-interest is the only guiding rule. After his death on Nov. 15, 1832, his son Horace and his grandson Léon, who were also economists, helped propagate this ultraliberal doctrine, which dominated French economics throughout the 19th century.

Although there is no book in English on the life and writings of Say, useful appreciations of his contributions and historical background are in J. A. Schumpeter, History of Economic Analysis (1954), and Leo Rogin, The Meaning and Validity of Economic Theory (1956). □

Richard Cantillon , Cantillon, Richard Cantillon, Richard c. 1680-1734 Richard Cantillon was an Irish banker and economist who emigrated to Paris, where he profited from… William Stanley Jevons , Jevons, William Stanley Jevons, William Stanley William Stanley Jevons (1835–1882), one of the greatest and most original of English economists, was… Physiocrats , A new approach to competitive economics originated in Paris among the group of economists who surrounded Vincent Gournay, France's Commissioner for T… Thomas Robert Malthus , Malthus, Thomas Robert 1766-1834 Malthus is now a word, like Luther or Marx or Darwin, that connotes both much more and much less than the individual… Alfred Marshall , Marshall, Alfred Marshall, Alfred Alfred Marshall (1842-1924) is one of the great names in the development of contemporary economic thought, and the… Classical Economics , “Classical economics” refers to the ideas of the first wave of modern economists, whose work spanned the late eighteenth century and much of the nine…