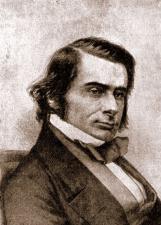 oxford
views updated
Lawrence, Sir Thomas (1769–1830). Painter. Lawrence was born in Bristol, the son of an innkeeper, and almost completely self-taught. In 1791 he was elected ARA, made a full academician three years later, and president in 1820. A portrait of Queen Charlotte, painted in 1790, led to enormous success and his appointment as painter to the king on the death of Reynolds in 1792. Knighted in 1815, three years later he was commissioned by the prince regent to paint the portraits of all the principals involved in the struggle against Napoleon. This group hangs in the Waterloo chamber in Windsor castle. Lawrence made probably the finest collection of old master drawings in England, which he offered to the nation in his will. This was refused and the collection dispersed on his death. Fellow-artist Benjamin Haydon, less successful, said of him, ‘Lawrence … was suited to the age, and the age to him. He flattered its vanities, pampered its weaknesses, and met its meretricious taste.’