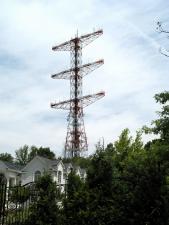 Armstrong’s father, John Armstrong, was a publisher who became vice-president in charge of the American branch of Oxford University Press; his mother, Emily Smith, graduated from Hunter College and taught for ten years in New York public schools before her marriage in 1888. When Armstrong was twelve, the family moved to Yonkers, New York, where he attended high school and became interested in radiotelegraphy. He entered Columbia University at nineteen and studied electrical engineering under Michael Idvorsky Pupin, the inventor of the Pupin loading coil used in long-distance telegraphy and telephony, graduating in 1913.

While still an undergraduate, Armstrong made the first of his many inventions, one of four that proved to be particularly significant; the triode feedback (regenerative) circuit. That invention, and the negative-bias grid circuit invented by Frederick Löwenstein, ultimately led to wide to wide utlization of the as yet little-exploited triode (invented in 1906 by Lee De Forest), but Armstrong became embroiled in patent litigation and received only modest royalties.

In 1917, after serving as an assistant at Columbia for some years, Armstrong became a U.S. Army Signal Corps officer when the United States entered World War I. He was sent to France and while there developed his second important invention, the super-heterodyne circuit, and improvement on the heterodyne circuit that was invented in 1905 by Reginald Aubrey Fessenden. In the heterodyne circuit, the received signal is mixed with a locally generated signal to produce an audible “beat” note at a frequency equal to the difference between those of the two signals; Armstrong’s method which greatly improved the sensitivity and stability of radio recivers extented the technique to much higher frequencies and shifted the beat note above the audible range.

Upon returning to America, Armstrong was once again beset by patent interference proceedings, although his personal fortunes took a turn for the better he sold his feedback and superheterodyne patents to Westinghouse Electric & Manufacturing Company(retaining royalty-earning licensing rights for the use of amateurs); he resumed his position at Columbia University; and he married Marion Maclnnis, secretary to David sarnoff, then general manager of the Radio Corporation of America.

In 1921 Armstrong made his third important discovery, superregeneration—a method of overcoming the regenerative receiver’s principal limitation, the tendency to burst into oscillations just as the point of maximum amplification was reached. RCA purchased the patent but it did not yield the company much in royalties, since it was unsuited for broadcast receivers; it did not come into its own until special applications were developed many years later. However, RCA profited greatly from the “superhet,” to which it had acquired the rights through a cross license with Westinghouse. Armstrong found himself a millionaire.

The next decade of his life was marred by the long battle with De Forest over the feedback patents. The case was taken to the U.S. Supreme Court but Armstrong lost on a legal technicality. Before that decision had been handed down, however, Armstrong had completed and patented his greatest invention, frequency modulation (FM). Once again he was beset by difficulties : the U.S. radio industry resisted the introduction of FM broadcasting, FM production was interrupted when the United States entered World War II, and the Federal Communications Commission dealt FM a stunning blow in 1945 when it relegated it to a new frequency band and put restrictions on transmitter power, thus making over fifty existing transmitters and half a million receivers obsolete. At the same time, FM came to be widely used in military and other mobile communications, radar, telemetering, and the audio portion of television; but widespread adoption of FM broadcasting came only after Armstrong’s death. Exhausted by a five—year suit for patent infringement against RCA and almost destitute as his FM patents began to expire, Armstrong committed suicide in 1954.

He had received many honors, including the highest awards of the two U.S. electrical engineering societies, the American Institute of Electrical Engineers (Edison Medal, 1942) and the Institute of Radio Engineers (Medal of Honor, 1918, reaffirmed in 1934 when he tried to return it after losing the legal fight against De Forest); the Franklin Medal (1941); and, for his war work, the U.S. Medal for Merit (1945). No inventor contributed more profoundly to the art of electronic communication. Armstrong is one of the two dozen honored in the Pantheon of the International Telecommunications Union in Geneva.

Armstrong received forty-two patents and wrote twentysix papers; the papers are listed in his biography by Lawrence Lessing, Man of High Fidelity (Philadelphia, 1956). See also obituaries in New York Times (2 Feb. 1954), p. 27; and in Proceedings of the Institute of Radio Engineers, 42 (1954), 635.

The American electrical engineer and radio inventor Edwin Howard Armstrong (1890-1954) was one of a small group who made fundamental contributions to the development of radio.

Edwin Armstrong was born in New York City, where his father was the American representative of the Oxford University Press. Armstrong rode his motorcycle to classes at Columbia University, and he took a degree in electrical engineering in 1913. He remained at Columbia for the rest of his life, serving as research assistant to Michael Pupin and, on the latter's death in 1934, as professor of electrical engineering.

Armstrong had one of those turbulent careers typical of so many inventors, especially those working in new and rapidly developing industries. Driven by a thirst for historical vindication and a love of legal combat, perhaps more than by the desire for money, inventors have plagued each other's lives to a remarkable degree. Armstrong took out his first patent before he finished college in 1913, and patents and disputes over them always seem to have occupied an inordinate amount of his time and effort.

His early and long association with Prof. Pupin gave Armstrong direct access to one of the best and most fertile minds in the electrical field. Armstrong's academic base also kept him free of connection with any of the many companies then vying for dominance in the radio field; he was one of the few men to successfully maintain such independence.

The radio was not one invention but a combination of inventions, many of them of disputed origin. Armstrong's first important contribution was his realization of the value of Lee De Forest's audion vacuum tube as a means of amplifying current. To Armstrong this realization appeared to rank alongside the invention of the audion itself. Armstrong's second contribution was the feedback circuit, another means of amplifying current, which he (and others independently) worked out in 1912. The following year he discovered that the audion could be used to generate high-frequency oscillations; again, there were several contemporary claims to this discovery.

While serving as a signal officer in World War I, Armstrong developed in 1918 the superheterodyne circuit, in which incoming high-frequency signals were beaten against low-frequency signals from a local oscillator so that they could be detected. After the war he sold his feedback and superheterodyne patents to the Westinghouse Company for $350,000 and received even more from the Radio Corporation of America (RCA) for a superregenerative invention. His last great contribution was frequency modulation (FM), a method of overcoming static in broadcasting, on which he worked from 1924 to 1933 in the face of indifference and even hostility from large manufacturers and broadcasters.

During his last years perhaps 90 percent of Armstrong's time was taken up by court battles with the National Broadcasting Company, and others; this poisoned his life. He died, an apparent suicide, in 1954.

There is no biography of Armstrong. A brief discussion of his work is in John Jewkes, David Sawers, and Richard Stillerman, The Sources of Invention (1958). The standard history of the radio is William R. Maclaurin, Invention and Innovation in the Radio Industry (1949). Two other useful books are Donald M. McNicol, Radio's Conquest of Space (1946), and Carl F.J. Overhage, ed., The Age of Electronics (1962).