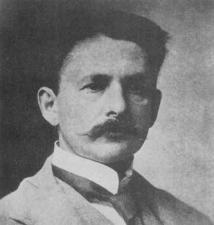 Morley was the eldest of four children of Sardis Brewster Morley and Anna Clarissa Treat; his father was a Congregational minister. Morley’s education was conducted under his parents’ tutelage until he was nineteen, when the family moved to Williamstown, Massachusetts, so that the three boys could attend Williams College, the father’s alma mater. With the intention of entering the ministry, Morley entered Andover Theological Seminary in 1861, after receiving the B.A. from Williams College in 1860. While pursuing his theological studies he completed work for the master’s degree at Williams College in 1863. Having finished his theological studies in 1864, he served for a year on the Sanitary Commission at Fort Monroe, Virginia.

Morley resumed studies at Andover for another year before receiving an offer to teach at South Berkshire Academy, Marlboro. Massachusetts. There he became acquainted with Isabella Ashley Birdsall, whom he married on Christmas Eve 1868. In September of that year he had accepted an invitation to become minister at the Congregational Church in Twinsburg, Ohio, and was then invited to teach at Western Reserve College in nearby Hudson. In 1882, when the college was transferred to Cleveland and became Adelbert College of Western Reserve University, he was chosen to fill the chair of chemistry and natural history, a position he held until his retirement to West Hartford, Connecticut, in 1906. From 1873 to 1888 Morley also held the professorship of chemistry and toxicology at the Cleveland Medical School, a position which required him to travel back and forth between Cleveland and Hudson for many years. He died just three months after his wife and was buried in the family lot in Pittsfield, Massachusetts. The couple had no children.

Morley’s scientific achievements fall into three rather well-defined periods, which are linked by a passionate concern for precise and accurate quantitative measurements, in the tradition of Berzelius and Stas, and by a keen interest in the theories of the structure of matter, especially as reflected in Prout’s hypothesis. During his first period, while at Hudson, he employed and refined eudiometric methods for analyzing the oxygen content of the atmosphere to within.0025 percent. His purpose was to test the correctness of Loomis’ hypothesis that cold waves were caused by the descent of air from high elevations at times of high barometric pressure rather than by horizontal currents moving from north to south. He reasoned that if Loomis’ theory were correct, the oxygen content of air collected during a cold wave should be lower due to gravitational separation at high altitudes of molecules of different mass, which had been predicted by Dalton on the basis of his atomic theory. A careful correlation of meteorological records with precise determinations of the oxygen content of air revealed good agreement with Loomis’ theory.

After spending three years constructing apparatus and equipping his laboratory at Western Reserve University in Cleveland, Morley undertook a painstakingly planned program to determine the atomic weight of oxygen relative to hydrogen taken as unity. His aim was to test the validity of Prout’s hypothesis that the elements of the periodic table were built up from hydrogen or hydrogenlike units. First, he determined quantitatively the extent to which moisture could be removed from gases by drying with sulfuric acid and phosphorus pentoxide. He then made a careful study of the volume proportions in which oxygen and hydrogen unite. Finally, by two independent methods, one based on direct weighings of components and product and the other based on density determinations of oxygen and hydrogen, he found the atomic weight of oxygen to be 15.879, with an uncertainty of the order of one part in ten thousand. With this result Morley felt that he had laid Prout’s hypothesis to rest. It was only during the last two decades of his life, after his retirement, that the full significance of exact atomic weight determinations by chemical methods was fully grasped: that they measure the weighted average of all the stable isotopes of the elements in question.

The final period of Morley’s career overlaps the previous one and is characterized by extensive collaborative studies with A. A. Michelson, H. T. Eddy, W. A. Rogers, D. C. Miller, C. F. Brush, and J. P. Iddings. His famous ether-drift experiments with Michelson, and much of his work with the others, reflect a fascination with the sensitivity of the interferometer and measuring techniques based upon the wavelengths of light. They also suggest an interest in the rapidly developing field of spectroscopy because it seemed to hold out promise for a deeper understanding of the structure of matter, a promise which was being realized during the last decade and a half of his life. Even in retirement Morley kept active professionally. He constructed an analytical laboratory of his own and carried out an extensive series of exact analyses of rocks collected by J. P. Iddings in Java and the Celebes. In the latter years of his life Morley was honored with the Davy Medal of the Royal Society, the Elliot Cresson Medal of the Franklin Institute, and the Willard Gibbs Medal of the Chicago section of the American Chemical Society, principally for his careful atomic weight determinations.

A bibliography of 55 papers was collected by F. W. Clarke in Biographical Memoirs. National Academy of Sciences, 21 (1927), 1–8. This bibliography was extended by Morley’s biographer, H. R. Williams (see below). Morley’s letters are preserved at the Library of Congress, and photostat copies are kept in the archives of Case Western Reserve University. Morley’s notebooks are in the custody of Frank Hovorka, Hurlbut professor of chemistry at Case Western Reserve University.