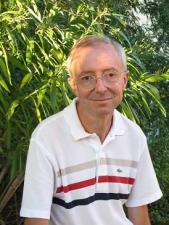 Nothing is known about Picard’s youth. According to Esprit Pezenas in Histoire critique de la decouverte des longitudes (1775), it was the astronomer Jacques de Valois who led Picard, a gardener for the duke of Crequi, to make astronomical observations and who may also have encouraged him to enter a seminary, where he seems to have taken religious orders; at the end of his life Picard may have been prior of the abbey of Rille in Anjou. On 21 August 1645 Picard assisted Gassendi in the observation of a solar eclipse and remained with him for some time. Some biographers have thought that he substituted for and then replaced Gassendi in his chair at the College Royal, but archival evidence contradicts this hypothesis.

In 1666 Picard was named a founding member of the Academie Royale des Sciences and, even before its opening, participated in several astronomical observations. In collaboration with Adrien Auzout he perfected the movable-wire micrometer and utilized it to measure the diameters of the sun, the moon, and the planets. During the summer of 1667 he applied the astronomical telescope to the instruments used in making angular measurements—quadrants and sectors—and was aware that this innovation greatly expanded the possibilities of astronomical observation. The making of meridian observations by the method of corresponding heights, which he suggested in 1669, was not put into practice until after his death. Yet when the Academy decided to remeasure an arc of meridian in order to obtain a more accurate figure for the earth’s radius, Picard was placed in charge of the operation. He employed the method of skeleton triangulation devised by Snell (1617) but greatly improved the associated observational techniques.

Picard decided to measure the distance between two localities at approximately the same meridian (Sourdon, near Amiens, and Malvoisine, near Corbeil-Essonnes), to determine the difference in their latitudes, and to deduce from these results the length of a degree of meridian. The project lasted from 1668 to 1670. The base he selected was very long (5,663 toises, as against the 168 used by Snell) and his triangulation consisted of thirteen triangles. But it was primarily through the use of instruments fitted with telescopes, quadrants, and sectors for angular measurements that Picard attained a precision thirty to forty times greater than that achieved previously. Consequently, from his measurements of the various distances and angles, Picard was able to obtain the notable result of 57,060 toises for the terrestrial degree (Lacaille in 1740 and Delambre in 1798 obtained 57,074 toises). This increased precision made possible a great advance in the determination of geographical coordinates and in cartography, and enabled Newton in 1684 to arrive at a striking confirmation of the accuracy of his principle of gravitation.

The results of this undertaking were scarcely published in Picard’s Mesure de la terre (1671) when he undertook another project that he had proposed to the Academy in 1669: to determine the coordinates of Uraniborg in order to compare the important observations that Tycho Brahe had made there between 1576 and 1597 with those that would be obtained at the Paris observatory. During eight months in Denmark in 1671–1672, Picard, aided by one assistant and a young Danish astronomer, Ole Römer—whose outstanding ability he recognized—obtained the data he was seeking. He convinced Romer to return with him to France, and Romer carried out brilliant work at Paris until 1681. In compiling his registers of observations, Picard noted an annual displacement of the polestar that was later explained by the combination of aberration and nutation; he also brought back a copy of Tycho Brahe’s registers of observations.

In 1673 Picard moved into the Paris observatory and collaborated with Cassini, Romer, and, later, Philippe de La Hire on the institution’s regular program of observations. He also joined many missions away from the observatory. The first of these enabled him to provide more precise data on the coordinates of various French cities (1672-1674); others, conducted from 1679 to 1681 with La Hire, had the purpose of establishing the bases of the principal triangulation of a new map of France. The results of these geodesic observations were published in 1693 by La Hire. The new map that was drawn from them contained corrections of as much as 150 kilometers’ longitude and 50 kilometers’ latitude

Meanwhile, in 1674-1675 Picard played a very active role in the important surveying operations undertaken by the Academy to supply the châteaux of Marly and Versailles with water. He perfected the existing methods, notably through use of the telescope level, and prepared a treatise on this subject published by La Hire in 1684. Picard was not able to put the finishing touches on the book; for, although he was still making observations on 12 September 1682, he died on 12 October after a brief illness.

Picard was also responsible for many improvements in procedures and instruments and for observations that stimulated later discoveries. For example, he pointed out the phenomenon of“barometric glow,” the first observation of electric discharge in a rarefied gas. He was also one of the first to observe the fixed stars in full daylight. In addition, he noted the influence of temperature on atmospheric refraction and participated in the measurement of the parallax of Mars in 1672. But it was not he who published the first volumes of Connaissance des temps (1679-1684), as has been supposed, but Joachim Dalence, who obtained the royal privilege for them.

Considered in his time a scientist of the first rank, Picard has been eclipsed by several of his contemporaries—for instance, Cassini. Nevertheless, he helped to advance several branches of science, exhibiting a remarkable flair for observation and a very refined sense of the practical.

Picard’s astronomical observations made at Paris between 1666 and 11 Sept. 1682 were incorporated by P. C. Le Monnier in his Histoire céleste…(Paris, 1741), 1-263. The registers that Picard kept of his observations are at the Paris observatory.