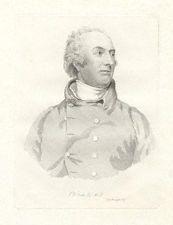 oxford
views updated
Coke, Thomas William, 1st earl of Leicester (1754–1842). ‘Coke of Norfolk’ was an assertively Whig MP for Norfolk for over 50 years; there were two short intervals, when political excitement overwhelmed his local influence as a large landowner. He is remembered as an agricultural improver. Especially on the sandy soils of north-western Norfolk, new crop rotations raised production: turnips (winter food for sheep) preceded grain, followed by sown grass (summer food for sheep) leading again to grain; sheep fertilized for wheat and barley. Publicity for Coke's work and his agricultural shows (‘sheep shearings’), where tenants mingled with prominent radicals and Whigs, has caused neglect of the agricultural improvements of his great-uncle Thomas Coke (1697–1759), Viscount Lovell (1728) and earl of Leicester (1744), who followed earlier aristocratic fashions, collected humanistic manuscripts and Roman and Italian art, and patronized architecture, building Holkham Hall. He profited from Walpolean Whig connections in government; Coke of Norfolk's popularity among his tenantry enabled him, by contrast, vigorously to oppose governmental influence.

Edmund Ruffin , Edmund Ruffin (1794-1865), American editor and publisher, was a prominent scientific agriculturist as well as his period's most renowned advocate of… Cultivation , TILLAGE TILLAGE. Farmers perform tillage when they prepare soil for the raising of crops. Soil tillage has three primary purposes. Prior to planting,… Edward John Russell , RUSSELL, EDWARD JOHN b. Frampton-on Severn Gloucestershire, England 31 October 1872; d. Goring-on-Thamas, Oxfordshire, England, 12 July 1965) agricul… Thomas Crawford , Crawford, Thomas Thomas & Betts Corp. , Thomas male forename, and name of several saints. St Thomas an Apostle, known as Doubting Thomas. He earned his nickname by saying that he would not… Commodity Credit Corp , The Commodity Credit Corporation (CCC) is a federal agency that was established to stabilize and protect farm income and prices; to assist in the mai…