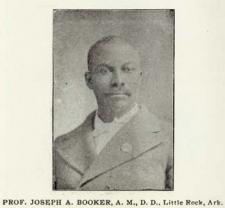 Francis Joseph Spellman, 1889–1967, American Roman Catholic cardinal, b. Whitman, Mass. Educated at Fordham and the American College at Rome, he was ordained May 14, 1916. He was a parish priest in Roxbury, Mass., held various offices in the Boston archdiocese, and was the first American assistant to the papal secretariat of state (1925). He was named (1932) auxiliary bishop of Boston and succeeded (1939) after the death of Cardinal Hayes to the archdiocese of New York. He was elevated to cardinal by Pope Pius XII in 1946.

Pontiff , Pontiff This term, borrowed from the vocabulary of pagan religion at Rome, made its way early into Christian discourse. Lexicographers derive it, alt… Asenath , ASENATH ASENATH (Heb. אָסְנַת; meaning in Egyptian, "she belongs to, or is the servant of, [the goddess] Neith"), daughter of Poti-Phera, the high pr… Pontifex Maximus , Pontifex Maximus (in ancient Rome) the head of the principal college of priests; (in the Roman Catholic Church) a title of the Pope. The title means… Cardinal (bird) , Cardinals are prelates of the Roman Catholic Church, second in hierarchy only to the pope, who constitute a special college and who have the exclusiv… Joseph , Joseph JOSEPH (Heb. יְהוֹסֵף, יוֹסֵף), son of *Jacob and Rachel. He was born in Paddan-Aram after his mother had been barren for seven years (Gen. 29… Holy See , HOLY SEE A term designating Rome as the bishopric of the pope. The word is derived from the Latin sedes, which denotes the seat or residence of the b…