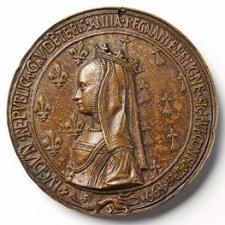 Arminian theologian and biblical scholar; b. Geneva, March 19, 1657; d. Amsterdam, Jan. 8, 1736. Le Clerc (Clericus) studied at Grenoble and Saumur and came under Arminian and Socinian influence. His first work, Epistolae theologiae (1679), written under the pseudonym Liberius de St. Amore, was directed against what he called scholastic errors on the major dogmas. He proposed to restate them in scriptural and historical terms. In 1684 he was named professor of philosophy, later of ecclesiastical history, in the Remonstrant Seminary in Amsterdam. He attacked Nicholas Malebranche in part two of a collaborative work, Entrétiens sur diverses matières de théologie (1685). Beginning the same year, in Sentiments de quelques théologiens de Holland, he engaged in a series of anonymous or pseudonymous published exchanges (1685–87) with Richard Simon, attacking his plan of a polyglot Bible and ascribing the historic portions of the Pentateuch to King Josiah. He also denied the divine inspiration of certain other books. He made a new edition of the apostolic Fathers and edited three major encyclopedias of literature, including Bibliothèque universelle et historique (26 v. 1686–93). From 1728 to his death he suffered paralysis and the loss of memory and voice.