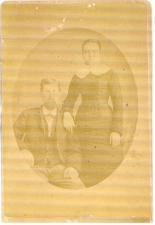 oxford
views updated
Fisher, Geoffrey (1887–1972). Archbishop of Canterbury. Born in Leicestershire of a clerical family and educated at Exeter College, Oxford, Fisher taught at Marlborough. After succeeding William Temple as headmaster of Repton (1914–32), he was successively bishop of Chester (1932), bishop of London (1939), and archbishop after Temple's sudden death (1945). His considerable administrative skills were evident in London especially during the blitz and at Canterbury where he accomplished the most substantial canon law reform since Bancroft. As archbishop, he was the first to travel world-wide in the Anglican Communion and the first since the Reformation to visit the pope. Headmasterly in manner, both as bishop and archbishop, he took a central position between Anglo-catholics and evangelicals, thus assuaging earlier antagonisms. On retirement to Trent village in Dorset (1961) he was active as parish curate.

Pontiff , Pontiff This term, borrowed from the vocabulary of pagan religion at Rome, made its way early into Christian discourse. Lexicographers derive it, alt… Saint Dunstan , Dunstan, St (c.909–88). Dunstan was born into an aristocratic family related to the royal house of Wessex. His early career owed much to family and r… Bishops , bishops. The office and work of a bishop has evolved from that of the apostles in the New Testament church. That church recognized two differing form… Isabel Bishop , Isabel Bishop Isabel Bishop Isabel Bishop (1902-1988) was a painter and printmaker who depicted life in Union Square, New York, from the 1930s throug… Richard De Bury , Richard de Bury (1281–1345). Bishop of Durham. From Bury St Edmunds, Richard studied at Oxford and became a Benedictine monk at Durham. He was appoin… Maurice Bishop , Bishop, Maurice 1944–1983 The tiny Caribbean island nation of Grenada is built on a range of dormant volcanoes and is known as “Spice Island” for its…