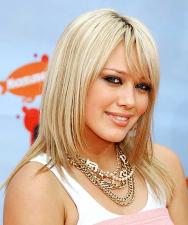 The Scottish Presbyterian missionary Alexander Duff (1806-1878) was a pioneer of Christian education in India and a foremost leader of the world missionary movement of his day.

Alexander Duff was born in Moulin on April 25, 1806, into a pious family. He was a brilliant student at St. Andrews University. He was ordained in 1829 and immediately volunteered for missionary service in India. The first foreign missionary of the Church of Scotland, Duff stayed in India until 1863, although his term of service was twice interrupted by long furloughs (1834-1839 and 1850-1855) necessitated by overwork and ill health. During his stays in Scotland, he organized the home base and tried to lay a firm foundation for the work overseas.

Duff was firmly convinced that education was the key to responsible missionary work and nation building. Without minimizing the vital importance of a whole network of vernacular primary schools, he focused his attention on higher education in English. When the time came to present the Gospel to the Indian people, Duff chose to work with the upper caste (Brahmin) because he planned for the creation of an Indian Christian elite who would be well versed in Eastern philosophy, Western science, and the Christian faith. Eventually a small group of high quality was expected to become the source of the evangelization of the Indian subcontinent. Duff called this the "downward filter theory." It was also intended to be one of the creative forces toward the modernization of Indian community life. Duff had the support of the best-known early Indian reformer, Raja Ram Mohun Roy, and was influential in the educational reforms of the British colonial government (1833 and 1854).

As a missionary, Duff hoped that this new style of education might "undermine" Hindu society. For him, non-Christian religion was, before anything else, a matter of ignorance. His method did not produce large numbers of converts, but the 33 who were converted during his work in India became founders of outstanding Christian families. Also as a result of his work, a number of Protestant colleges were founded in India.

After returning to Scotland, Duff continued to work out "a grand strategy of the Kingdom of God." He called for the establishment of chairs of missions in theological schools and in 1867 became the first professor of missions in a Protestant institution (New College, Edinburgh). He also planned a training institute for missionaries and a scientific journal for dealing with all aspects of the Christian world task. He died on Feb. 12, 1878, having won wide acclaim for his work.

Karadjordjevic , ALEXANDER I (1777–1825), emperor of Russia from 1801–1825, son of Emperor Paul I and Maria Fyodorovna, grandson of Empress Catherine the Great. child… Bengal , Bengal BENGAL The name "Bengal" (or Bangla) comes from Vanga or Banga, the name of the ancient deltaic kingdom. The state of over 100 million people… Curry , Curry CURRY. The term "curry" is an Anglicized spelling of Tamil kari, a general term for any spiced sauce, or in some south Indian dialects, an old… Grover Cleveland Alexander , Alexander, Grover Cleveland 1887-1950 American baseball player Grover Cleveland Alexander serves as an icon for his generation of professional baseba… John Alexander Dowie , Dowie, John Alexander Dowie, John Alexander (1847–1907). Founder of the ‘Christian Catholic Apostolic Church in Zion’. An Australian Congregational m… Alexander Ii , Alexander II ALEXANDER II (1818–1881), tsar and emperor of Russia from 1855 to 1881. Alexander Nicholayevich Romanov is largely remembered for two ev…