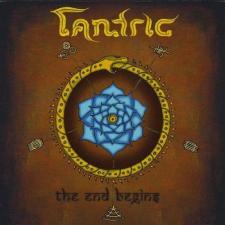 While most of Tantric’s members have seen the heights and depths of the music industry, all four have kept their eyes securely on the goal of making music. The quartet is comprised of vocalist Hugo Ferreira, drummer Matt Taul, bass guitarist Jesse Vest, and guitarist Todd Whitener. Taul, Vest, and Whitener regrouped after leaving an earlier venture, then hooked up with Ferreira to find success on new terms. Ferreira told Carla Hay of Billboard, “Everything’s equal with us, from the money down to the writing. We’re sticking to that agreement. That’s the downfall of a lot of bands—when egos get out of control.”

Taul, Vest, and Whitener, who hail from the Louisville, Kentucky, suburbs, had all played in bands during their early teens. Vest and Taul first worked together in 1994, playing with Travis Meeks in a band called Dead Reckoning. With the addition of Whitener in 1995 the band changed its name to Days of the New. By 1996 they had a record contract, and in 1997 released their first recording. The album went platinum, propelling the band onto a national tour opening for their idols, Metallica. Conflicts between the band members eventually led Meeks to fire Taul, Vest, and Whitener in the middle of the tour, leaving them with nothing. As Whitener described their situation to MTV News, “We went from opening for Metallica, and feeling like we had everything and more going for us, to picking up job applications at Arby’s.”

Ferreira, whose father played accordion and grandfather was a conductor, had a passion for musical expression from an early age. Born in Africa and raised in both the United States and Europe, he began experimenting with musical styles and groups in his early teens. In comments included in his biography on Tantric’s official website, he said “I played in everything from wedding bands to dance music groups to off tune rock groups and even Portugese folklore groups.” In 1994 he moved to Detroit, Michigan, hoping to make his passion a reality, touring and performing with a band called Merge. Describing that period of his career he said, “Everything was going good, but I still found myself wanting more of a challenge.”

The challenge arrived in 1998 with an invitation to audition for Taul, Vest, and Whitener, who had met when they were still members of Days of the New. He auditioned for them, then spent some time in Louisville getting to know them. He went back home, packed up his stuff, and moved in with Whitener. Once they were a complete band they began producing demo tapes under the name Carbon-14.

In an interview with MTV News, Ferreira related how life was in the beginning for Tantric: “[T]he bass player was working at Hooters cooking wings, the guitarist was picking up what he could, and you don’t want to know what the drummer was doing…. I was tending bar at some cheesy beach club and winning karaoke

contests singing Frank Sinatra songs.” Their first show together sold out, but only because of some help from their friends, as Ferreira told MTV News, “[We] sold the place out because we have friends [at] the local rock station. Here we are, no label, no record out, nothing and we borrowed equipment to do the show.”

With lots of time on their hands and plenty of drive, the group wrote close to 40 songs in a year. Eventually, Madonna’s record label, Maverick, took notice and signed the band. Having dropped the name Carbon-14 for the more mysterious-sounding Tantric, they walked into the studio with plenty of material for an album. Their self-titled album was released in early 2001, with tracks that Jill Pesselnick described in Billboard as a “[blend of] unusual vocal harmonies, hard guitar riffs, and musical experimentation.” Their eclectic sound was no surprise, since the band had loaded the recording studio with a variety of instruments including banjos, sitars, and more than 40 guitars. A major influence on that sound was their producer, Toby Wright, who had produced for acts like Primus, Alice in Chains, and Korn.

Their first single, “Breakdown,” debuted high in the charts. Some critics made immediate comparisons to Days of the New, comparisons that were perhaps inevitable. Shawn Hammond of Guitar Player wrote, “[Tantric] bears some resemblance to the Days sound, with its foundation of brooding, alternate-tuned acoustic guitars.” Ferreira responded to Christa Titus of Billboard, “[O]f course, there are similarities…. But I think that with every new project, it’s kind of like the dues you have to pay. You’ve got to get thrown into the pit until you kind of create your own identity.”

Tantric had many opportunities in 2001 to climb out of that pit. With appearances on The Tonight Show with Jay Leno, HBO’s Reverb, and their videos in rotation on MTV, the band proved that it had overcome many of its hurdles. Their philosophy, which has kept them going through all the hard times, is founded on dedication to and respect for their fans. They even launched their own website in order to open up a line of communication between themselves and the fans who have helped them achieve success. Whitener emphasized this connection in an interview with Rob Patterson on the BMI website: “For us, we know about ups and downs, but one thing that has remained constant for us is our dedication to our music, and to our fans.” Besides a commitment to their fans, Tantric has a commitment to each other. Whitener told Hammond, “If you have a group of people working together, and you don’t all have the exact same goals… it’ll never work out.”

Maroon 5 , Maroon 5 Maroon 5 Rock band According to the press, and summed up by Walter Tunis of the Lexington Herald-Leader, Maroon 5 was "one of the hottest ne… White Zombie , White Zombie White Zombie Rock band In the early 1990s White Zombie helped define where heavy metal might be heading after the death of “hair bands”… The Jayhawks , Rock group Reminiscent of country-rock bands of the late 1960s and early 1970s, the Jayhawks became one of the most critically acclaimed performers o… 311 , 311 Alternative rock band Nick Hexum expressed his view of 311’s popularity to J.D. Considine in Guitar World magazine, “I guess I’m kind of surprise… Exercise Equipment Industry , Treadmill Trackstar Rock quartet For the Record… Selected discography Sources The Columbia, SC rock/pop quartet Treadmill Trackstar was one of the fi… System Of A Down , Rock group Members include John Dolmayan (born July 15, 1973, in Lebanon), drums; Daron Malakian (born July 18, 1975, in Hollywood, CA; son of artist…