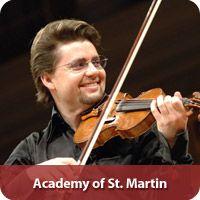 Acclaimed for Insightful Approach to Conducting

Sir Neville Marriner—perhaps the most recorded of all classical conductors, especially of Mozart pieces—is in large part responsible for maintaining the renaissance of interest in baroque music that developed shortly after World War II. He founded and directs the Academy of St. Martin-in-the-Fields, one of the most highly respected and recorded classical ensembles in the world. Marriner’s recordings are so numerous that his name is known by even those on the periphery of the classical music audience. Consider Eve MacSweeney’s ingenuous observation in Harper’s Bazaar: “Every American brushing his teeth in the morning to a classical station hears [Marriner’s] music and his orchestra’s mouthful of a name.” Millions previously unexposed to classical music, Dennis Rooney pointed out in The Strad, came to know his name through his musical direction of the Academy Award-winning 1984 film Amadeus, about the life and times of eighteenth-century Austrian composer Wolfgang Amadeus Mozart. Marriner’s focus, however, has never been on popularity, but on an artistic love of the subject and the freedom to produce music that is attentive to details, vital, and clear.

These traits were developed during childhood. Born in Lincoln, England, in 1924, Marriner began playing the violin at the age of five. His father—a carpenter by trade, an amateur musician by desire—and his mother filled the family’s home with music. “This was our entire home entertainment,” Marriner told Rooney, “so that having gone to sleep for the first four or five years of my life with this noise going on, it seemed completely natural that when it became possible for me to play an instrument, I should be given one to play.” Spurred on by his father and his own growing talent, Marriner won local competitions and eventually a scholarship to the Royal College of Music in London when he was 16. Shortly thereafter, however, he was drafted for service into World War II and subsequently wounded. During his convalescence, Marriner met Robert Thurston Dart, a mathematician and baroque musician who greatly influenced the young Marriner’s approach to and expectations of music.

Marriner’s view of the baroque’s joyous, expansive, ornamental music was enhanced through Dart’s vision. He explained to Rooney, “[Dart] persuaded us that an ornament was just what it said it was, an ornament, an embellishment, something that should sit comfortably within the music as part of your own expressive intention toward the composer. There had to be something of yourself.”

After his recovery, Marriner studied for a year at the Paris Conservatory, then returned to England to teach for a year at Eton College and for ten years at the Royal

Conservatory of Music. During this time Marriner played as a free-lance violinist with numerous quartets, ensembles, and chamber groups before joining the London Symphony Orchestra in 1956.

But a desire for more emotional rewards from playing music led Marriner and a group of other string players to meet at an eighteenth-century Anglican church in London’s Trafalgar Square, St. Martin-in-the-Fields. What began as a group of individuals seeking an artistic outlet soon coalesced into a vigorous performing ensemble whose view toward its players, Marriner told Andrew Keener in Gramophone, “was that no one was indispensable but everyone was immensely valuable. Therefore we try to keep the highest grade of player interested in us by allowing them as much freedom as possible.”

Having taken conducting lessons from Pierre Monteux, the conductor of the London Symphony Orchestra, Marriner was forced out of the concertmaster’s chair and onto the podium to lead the growing ensemble. Although he felt his position was only to provide a framework—“The flesh and character must come from the musicians themselves,” he explained to People’s Giovanna Breu—Marriner nonetheless desired to create a certain sound with the ensemble, a vibrant clarity that has since become the Academy of St. Martin’s trademark. “I like a certain whiteness in the sound,” he told Rooney. “I find that too much individual colour in an ensemble—too wide a vibrato, a too-flat placement of the bow on the string, too much forearm in the stroke, too much wrist in the vibrato, too much arm—always means that individuals will stick out.”

Acclaimed for Insightful Approach to Conducting

This uniformity and cleanness of sound won Marriner and the Academy critical praise. Christopher Porterfield noted in Time that Marriner “has built an international reputation for graceful, lively, intelligently shaped performances, especially of the Baroque composers and Mozart and Haydn.” Richard Freed concurred in Stereo Review in a critique of a recording of Mozart symphonies 30, 32, and 33: “Everything about these stylish performances seems just right: they are alert and crisp, yet as lilting as anyone could wish in the appropriate sections. This is the sort of thing Marriner does best.”

In addition to the Academy performers’ virtuosity and Marriner’s gifted vision, it was his own attentiveness to the details of recording that brought praise. “Perhaps no other conductor in history except Leopold Stokowski has studied as intensively the special demands of the recording process on performing musicians,” Rooney pointed out. “Although his interest in a recording ends as soon as it is released, up to that point no detail escapes his attention.”

Because of his growing reputation, Marriner was asked in 1967 to form the Los Angeles Chamber Orchestra. Up until then, he was still connected with the London Symphony Orchestra and the Academy. However, since he felt his greatest impact could be as a conductor, he resigned from the London Symphony but remained on the board of directors of the Academy, maintaining his recording abilities with it.

Soon thereafter, Marriner began guest-conducting with large symphonic ensembles such as the Concertgebouw, the Boston Symphony, the National Symphony Orchestra, and the French National Orchestra. “His intention,” John Rockwell extrapolated in the New York Times, “was in part to escape the typecasting inherent in his role as a chamber-orchestra specialist, and in part simply to learn the basic 19th-century repertory. He played it all during his days as an orchestral musician.” Another reason for his shift from the baroque to larger works of the classical and romantic periods was his desire to keep his perspective vital. “It got to the stage with the Academy,” Marriner explained to Stephen Johnson in Gramophone, “that I felt we were jumping through the same hoop over and over again, and it eventually got immensely tedious.”

Marriner’s appointment in 1980 as music director of the Minnesota Orchestra signaled his immersion in the large-scale symphonic world. Critics, however, did not uniformly hail his work in this area. Of an early concert performance piece, a reviewer for High Fidelity/Musical America noted that “the successive tonal portraits of Mussorgsky’s gallery were etched with a keen eye for detail and atmospheric effect. Witty caricature rather than dark colors seemed foremost in [Marriner’s] mind.” But Michael Anthony, writing in Ovation, felt that “in works of the second half of the 19th century, [Marriner] can on occasion seem too cool, too controlled, as though he were looking at the scores through a monocle.” And of his foray into the American music of Aaron Copland with the Minnesota Orchestra, Noah Andre Trudeau wrote in High Fidelity/Musical America that Marriner’s interpretation of El Salon Mexico was “superb,” but that Appalachian Spring “missed the warmth I know to be in the score,…the occasional ‘kick’ a more balletic conception would have provided.”

Despite this early criticism, Marriner has continued to seek out and record works of the later periods, leading the Stuttgart Radio Symphony Orchestra (he served as music director from 1986 to 1989), and the Academy, with whom he continues to record. The subsequent critical reaction has returned to the glowing accolades he received for his early baroque work. In a recording of Schumann pieces with the Academy, Marriner, according to Freed, “is here not merely persuasive but unarguably authoritative.… [He] gives them readings that are suitably large-scaled but youthful at the same time, realizing all their Schubertian warmth, charm, and vigor.” And Lawrence Hansen, writing in American Record Guide, said of the Stuttgart’s recording of two orchestral suites of Tchaikovsky: “I have no higher praise to give than to call this disc ‘beautiful.’…I don’t mean surface prettiness, but down-to-the-very-core, heart-and-soul beauty shining through the pain, anxiety, and sadness.”

With the Academy of St. Martin-in-the-Fields

Vaughn Williams: Fantasia on a Theme by Thomas Tallis; Fantasia on Greensleeves; The Lark Ascending; Five Variants of “Dives and Lazarus,” Argo, 1972.

With the Minnesota Orchestra

With the Stuttgart Radio Symphony Orchestra

George Rochberg , Rochberg, George Rochberg, George Composer In the 1960s, classical composers in the United States and Europe were in the grip of a system known as se… Gyorgy Ligeti , Ligeti, György György Ligeti Composer Stepping into the intriguing, multi-dimensional, thought-provoking musical world of composer György Ligeti is a… Mus , Mus. Abbreviation for ‘Music’, as in B.Mus. (Bachelor of Music), D.Mus. (Doctor of Music), etc. Ethnomusicology , Ethnomusicology BIBLIOGRAPHY Although there is no universally accepted definition of ethnomusicology, a few words stand out in most definitions: “sou… Atonality , atonality (ā´tōnăl´Ĭtē), in music, systematic avoidance of harmonic or melodic reference to tonal centers (see key). The term is used to designate a… Morton Gould , Gould, Morton Composer, conductor Despite receiving no formal education in orchestra tion or conducting, Morton Gould became one of the most prominen…