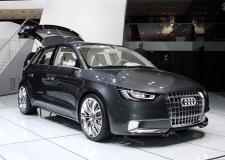 Part of a wave of youth-oriented pop acts in the late 1990s, A1 won over many critics who at first dismissed the group as yet another manufactured “boy band.” From their first top-ten single in Britain in 1999, A1 emerged as one of the most successful pop acts in Europe and Asia. Their string of hits included “Take On Me” and “Same Old Brand New You,” which topped the charts in several countries. Unlike several of their rivals, A1 ’s members played some of the instruments on their albums and wrote most of their songs as well, a fact that helped them earn a measure of credibility with critics. The group also won a British Music Industry Trust (BRIT) Award as Best British Newcomer in 2001. “By doing what we’ve done we’ve managed to gain a new audience because a lot of people who might have felt guilty about liking boy band music before can see that there is some actual talent behind this for whatever reason,” Ben Adams explained in a November of 2000 interview with New Musical Express online. “So I think they don’t feel so stupid listening to the music, which has helped.”

A1 had its origins in an audition call held by music managers Tim Byrne and Vicky Blood in 1998. That duo was best known as the team behind the pop vocal group Steps, which was then in the midst of a series of

top-ten hits in Britain and Europe. The audition drew an estimated 3,000 hopefuls, yet the managers selected just one participant from the event, Paul Marazzi. A talent search at several stage and music schools turned up the next future member of A1, Christian Ingebrigtsen, who had come from his native Norway to study at the Liverpool Institute for Performing Arts. After several more months of searching, Byrne spotted Mark Read at a London concert. Read had performed with his family’s musical act on cruise ships since his childhood and had also sung with various London-area vocal groups. He was quickly offered a spot in the new as-yet-unnamed band. To complete the foursome, Read suggested the addition of Ben Adams, a classically trained singer who had performed with Read in the past. The new group’s members decided to take the name A1 to signify their desire to be the best vocal group around.

A1 signed with Columbia Records in early 1999 and soon after went into the studio to put together their first album, Here We Are. In between recording sessions, managers Byrne and Blood sent A1 on the road as the opening act for Steps; the group also put on numerous free shows at schools to build a following before its album release. In June of 1999 A1 ’s first single, “Be the First to Believe,” hit the British top ten; it was followed by two top-five hits later that year, “Summertime of Our Lives” and “Everytime/Ready or Not.” With three hit singles, Here We Are sold well in Great Britain upon its release in November of 1999. Although it did not make an impact in North America, the album was helped by the group’s extensive promotional work throughout Asia. The group capped off the year by performing at a Nobel Peace Prize concert in Ingebrigtsen’s native Oslo, Norway.

A1 began work on their second album in January of 2000. Recording sessions for The A List took place with various producers and songwriters in London, Los Angeles, and Orlando, Florida. “We know that you can learn a lot from other songwriters,” Adams explained in the November of 2000 interview with New Musical Express online. “We’ve certainly learnt a lot in the course of making this album so it’s all been a learning curve. We really welcome other people’s ideas and we recognise writers—especially in the American market—are very different from the U.K., and there are a lot of people who know a lot more about songwriting than we do.” The group’s bid for international success extended to its choice of a cover version of the 1980s a-ha hit “Take On Me” for the album. “We wanted to venture into something new for the second album. We had the idea to revive an old classic,” Ingebrigtsen told Carl Knibbs of the CompuServe website, adding, “It just stood out. I’m Norwegian, a-ha were Norwegian, so it seemed a really cool thing to do.”

Released in August of 2000 in England, “Take On Me” became the group’s first number-one single in that country. The group repeated the feat with its next single, “Same Old Brand New You,” which hit the top of the British charts in November of 2000. When the album The A List was released that same month, it won a positive review from New Musical Express, which had often derided mainstream pop performers. “They’re certainly the spunkiest British boy band around,” Arwa Haider of New Musical Express online concluded, “delivering pulsing pop to believe in.”

The back-to-back number-one hits established A1 as one of the leading pop groups in the United Kingdom. The foursome appeared regularly in the youth-oriented music press, which reported their views on dating, making music, competing with other boy bands, and keeping their fame in perspective. “Pop’s very much about fashion and who’s cool this month and who isn’t,” Read admitted to Top of the Pops magazine in February of 2002. “We’re now one of the biggest bands in the country and I’m really proud to be able to say that and for it to be true.”

In February of 2001 the group won the BRIT Award as Best British Newcomer, an honor that was decided by a vote of music fans. The event made headlines when Noel Gallagher, chief songwriter of the rock group Oasis, criticized the people’s choice in the category. “Over the years this awards ceremony has been accused of not having a sense of humour,” Gallagher said in comments reported by the BBC website. “But when you see A1 winning Best British Newcomer, you know somebody’s taking the piss [making fun].” The members of A1 did not respond directly to the insult and instead decided to perform one of Gallagher’s best-known songs, “Don’t Look Back in Anger,” at an MTV concert in April of 2001. Looking back on the incident in a February of 2002 interview with Top of the Pops, Ingebrigtsen admitted that Gallagher’s comments were not forgotten. “It can be a bit disheartening if people slag us off when they don’t know anything about us. Noel Gallagher had no idea we are actually musicians, producers, and songwriters. We can play songs as well as he can, but he doesn’t know that and a lot of people believed him.”

A1 were shocked by a tragic event that occurred soon after their BRIT Award triumph. On a promotional tour of Asia, the band was scheduled to make an appearance at a shopping mall in Jakarta, Indonesia, on the afternoon of March 18, 2001. As thousands of fans crowded onto the mall’s third floor, some of them were overcome by heat exhaustion and passed out. In the panic that followed, four teenage girls were crushed in a stampede to exit the area. The event’s promoters were charged with criminal neglect in the aftermath of the accident, and A1 canceled the rest of their appearance in the region.

In 2002 A1 returned with their third album, Make It Good, which demonstrates a more stripped-down approach than their past releases. The album features the top-ten British hits “Make It Good” and “Caught in the Middle,” yet it met with a divided critical response. “A1 have reached the make-or-break territory of that difficult third album, and in boy band terms that calls for a rapid change in direction,” Jacqueline Hodges of the BBC website noted. She concluded: “Die-hard fans will love it and fair play to the boys for trying, but A1 are never going to be a credible rock band.”

Still searching for their breakthrough success in North America, in May of 2002 A1 appeared on the American soap opera The Young and the Restless, where they performed “Caught in the Middle.” Just months later, Marazzi announced that he was leaving the band. “After a lot of thought and deliberation I have made the difficult choice to leave the band due to personal reasons,” Marazzi stated in an October 9 report at the BBC website. He added, “I would like to wish Christian, Ben, and Mark all the best of luck in the future.” Although his former bandmates insisted that they would carry on with A1, a posting on the group’s official website just one month later confirmed that they would be leaving their record company and begin to work on solo projects. “We have had four very successful years with Sony but we feel the time is right to move on,” they announced. “We know there’s always a lot of speculation when band members undertake individual projects but we can assure you this is not the end for A1.”