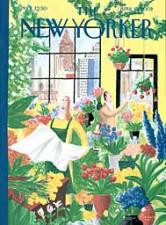 There was little evidence very early in his life that Peter Handke would one day challenge the theatrical and literary conventions of his time. Born on December 6, 1942, in the small town of Griffen in Carinthia, Austria, Handke first dreamed of becoming a priest. He entered a Jesuit seminary while still in his teens and stayed there until 1961, when he decided to study law at the University of Graz.

Perhaps it was the haunting beauty and deep, mystical silences he experienced as a sensitive child growing up among the calm, majestical mountains and forests of the lake-studded Carinthian countryside that led to his early decision to enter the priesthood. Or perhaps it was just the nature of the young man himself, who seemed forever in search of something beyond himself and the conventional world. Years later he would describe his need to write in religious terms, stating that "it was a sort of fever, almost a religious necessity, coming out of a feeling of missing something, of wanting God."

Nevertheless, although Handke began writing highly structured, short prose pieces while still in law school for a little literary magazine called Manuskripte, it wasn't until he left the university in 1965 that he actively began writing. His first novel, The Hornets, was published in 1966, followed by The Peddler in 1967.

In the first work a blind man tried to reconstruct what he remembered himself and the world to be like, in his pre-blindness consciousness, while in the second work, described by critics as a Kafkaesque murder mystery, Handke explored the psychic states of dread and anxiety and their effects upon the physical world. The two were excellent early examples of the style of writing that Handke would later become famous for both in his plays and in his novels. This style, which scholar Nicholas Hern in his book Peter Handke described as "nonsequential, nondescriptive single-sentence statements, " was, according to Handke, influenced by his law studies.

In his 1967 essay "I am an Ivory Tower Dweller, " Handke described in considerable detail how terrifying it was to discover the ways in which abstract, logically arranged language could be used for death and oppression. "They altered my previous ideas about the literary presentation of dying and death; they altered my ideas about dying and death itself. I then wrote a piece that transposed the lawbook's method into literature, and that in some sentences even consisted of the authentic legal code."

Most critics agreed that much of Handke's early prose reads like a long legal document, devoid as it is of emotion, decorative effect, and conventional narrative techniques, literary devices that Handke despised and condemned his fellow postwar German writers for using. This condemnation came in a virulent attack at the 28th meeting of German writers and critics, Gruppe 47, at Princeton in April 1966 when Handke lashed out at the group for writing nothing but idiotic and decorative prose which read like a "pictorial encyclopedia" and gave people a false view of reality. Only 24 years old, Handke was the youngest writer there, and although he had yet to write the works that would ensure his literary reputation, he was immediately hailed by Gruppe 47 for his brash courage in daring to speak out against the literary establishment.

This support, and all the hoopla and publicity which followed, helped to generate considerable excitement for the opening of Handke's first play, Offending the Audience, which premiered at the first "Experimenta" theater week in June in Frankfurt-on-the-Main. In October of the same year two more of his plays, Prophecy and Self-Accusation, opened together in Oberhausen.

The plays caused something of an uproar in the theater world, defying as they did the stage conventions of the times. Gone were illusion and any attempts at convincing the audience that what they were seeing on stage was real or smacked of real life. Actors were actors rather than characters, and they delivered speeches instead of dialogue. At times they even hurled insults at the audience, mocking them for their complacency and gullibility.

The following year in March Handke's "speaking piece" Cries for Help opened in Stockholm. Hern reported that it was described by critics as "a succession of unconnected slogans, mottoes, and catchwords, spoken by one set of actors and countered with repeated noes from the other set."

It wasn't until 1968, however, that Handke's literary reputation was thoroughly secured. In that year he won the prestigious Gerhart Hauptmann Prize in Berlin, and in May his first full-length play, Kaspar, opened to critical acclaim in Frankfurt and Oberhausen. Later it was nominated Play of the Year by the respected magazine Theater Heute.

A work with all the hallmarks of Handke's thematic and stylistic concerns over language and awareness and the ways in which an individual's consciousness and self-identity were shaped by society and its accepted conventions, Kaspar was seen by many as a brilliant and original tour de force. Some, however, found it boring and pretentious, criticisms that often accompanied his works when they first appeared.

In January 1969 Handke's play My Foot My Tutor opened at the Frankfurt Theater. The work astounded critics by daring to present characters who would say nothing for the entire length of the performance. Later My Foot My Tutor would be compared to Sam Beckett's Play Without Words.

In the spring of 1969 Handke's first collection of short prose poems, The Inner World of the Outer World of the Inner World, was published, followed several months later by the premiere of his play The Ride over Lake Constancein Berlin and the publication of his third novel, The Goalkeeper's Anxiety at a Penalty Kick. The story of a deeply confused, inarticulate young man who commits a senseless murder, The Goalkeeper's Anxiety at a Penalty Kick deals with the same themes of loneliness, alienation, violence, and social hypocrisy that haunt almost all of Handke's works, including his later novels, Short Letter, Long Farewell (1972) and The Left-Handed Woman (1978).

However, in 1974 Handke's style became much more personal and intimate when he wrote A Sorrow Beyond Dreams: A Life Story, a work that recorded with deep sensitivity and insight the events of his mother's life leading to her eventual suicide.

In the years to follow, Handke's work seemed to have mellowed somewhat. His later works included Slow Home-coming (1985), Across (1987), Repetion (1988), and The Afternoon of a Writer (1989). In 1996 A Winter Journey to the Danube, Sava, Morava, and Drina Rivers: Or Justice for Serbia was released. With this publication, Handke maintained that the international media had been unfair to Serbia in the Balkwan civil war. He charged a German newspaper with writing "the poison that never heals, the poison of words." (World Press Review, July 1996), while calling the war-torn Serbia "an orphaned, abandoned child."