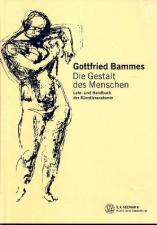 When dramatist Gerhart Hauptmann became the thirteenth recipient of the Nobel Prize in Literature in 1912, only two of his predecessors (Rudyard Kipling in 1907 and Maurice Maeterlinck in 1911) had received this recognition at an earlier age. In his heyday during the late nineteenth and early twentieth centuries, Hauptmann was one of the most prolific and most imitated German dramatists.

Works in Biographical and Historical Context

Early Years of Quiet Influence Gerhart Haupt-mann was born Gerhard Johann Robert Hauptmann on November 15, 1862. Hauptmann's elementary schooling, which began in his birthplace, Ober-Salzbrunn (now Szczawno-Zdrój, Poland), and continued in Breslau (now Wroclaw, Poland), ended abruptly in 1878 as a consequence of his father's loss of the resort hotel he owned. He was sent to learn a trade in Breslau and then on to study farming with his uncle, but he soon abandoned farming and went to art school with the aim of becoming a sculptor. He traveled to Italy in 1883 and 1884.

These early years of Hauptmann's life coincide with a momentous time in the history of what is now Germany. When Hauptmann was born, modern Germany did not exist. What is now Germany was a loose confederation of

independent kingdoms. The most powerful of these was Prussia. In 1864, the newly appointed prime minister of Prussia, Otto von Bismarck, waged war on Denmark, resulting in the Austro-Prussian War of 1866. The war established Prussian dominance in German affairs and allowed Prussia to annex many German states. By 1871, Germany was unified, becoming a modern nation-state, and building a powerful empire that would last until the end of World War I in 1918.

Learning the Trade On May 5, 1885, Hauptmann married Marie Thienemann and moved with her to Berlin. In September they moved to Erkner, a suburb of Berlin, where Hauptmann met many of the people who would appear as characters in his plays. It was during this time his focus shifted from sculpting to drama. He encountered young writers such as Max Kretzer (later called the “Berlin Zola”); Wilhelm Bolsche, whose The Scientific Foundations of Literature would be one of the most important manifestos of German naturalism; and Bruno Wille, a strong advocate of the Social Democratic Party. Since 1884 Hauptmann had been taking acting lessons from Alexander Hessler, who would provide the model for the politically and artistically conservative theater director Hassenreuter in The Rats. This instruction, which lasted until 1886, offered Hauptmann insights into conventional modes of acting, the practical demands of the theater, and, as The Rats reveals, a clearly defined target against which his own first plays could be directed.

1889: A Great Year for Naturalists The year 1889 was a turning point in the development of naturalism and also in Hauptmann's career. In Germany and abroad, the Industrial Revolution was in full swing; one of its cultural ramifications was an increasing tendency to apply scientific concepts to the study of human behavior. In literature, this produced a style called naturalism. New naturalist drama would find a home at the “Freie Buhne” (Free Stage), a club devoted to the performance of “modern” (naturalist) drama. Its first chairman was Otto Brahm, who developed the naturalist style of stage direction and production that would dominate the German theater. In August of 1889 Hauptmann's first mature, modern play, the social drama Before Dawn, had been published in Berlin and had caught the attention of many literary figures there. Needing a German playwright to make his undertaking a success, Brahm premiered Haupt-mann's play on October 20, 1889. The work launched not only a series of imitations but also a frenzied conflict between conservative literary forces and the naturalists.

Hauptmann divorced his first wife in 1904 and married an actress who had been his mistress. He subsequently began an affair with a young Austrian actress Ida Orlov, who would serve as inspiration for several of Hauptmann's later characters.

Hauptmann reached the pinnacle of his career in 1911 with the production of The Rats. One year later he was awarded the Nobel Prize in Literature.

A Long Twilight World War I, a devastating conflict that involved all of Europe and killed tens of millions of people, engulfed Germany in 1914. Hauptmann declared himself a pacifist and continued to write, but he never regained the stature of his pre-war years even after the war ended. Hauptmann died in 1946, shortly after the end of World War II.

Hauptmann's naturalistic plays of the late nineteenth century established him as a major artist in modern drama. Though he produced a vast assortment of works in various genres throughout his long career, it is these early dramas on which his literary standing was founded and endures.

Joseph Conrad (1857–1924): Polish novelist who wrote many of his works in English, including Heart of Darkness.

Mark Twain (1835–1910): American novelist, essayist, and humorist whose The Adventures of Huckleberry Finn is often cited as the greatest American novel ever written.

Susanna M. Salter (1860–1961): At the age of twenty-seven, in 1887, Salter became the first female mayor after being elected in the town of Argonia, Kansas—a notable achievement at least in part because women in Kansas were only granted the right to vote a week prior to the election.

Archduke Franz Ferdinand (1863–1914): The assassination of this Austro-Hungarian empire's heir-presumptive began a series of events that triggered World War I.

Sun Yat-sen (1866–1925): Chinese revolutionary and political leader who is often referred to as the “Father of Modern China.”

with his first drama, Before Dawn. Influenced by the work of Henrik Ibsen andÉmileZola, Hauptmann became his country's most prominent exponent of dramatic techniques that sought to portray human existence with extreme faithfulness, particularly focusing on the social problems of the lower classes. Naturalism is an attempt to capture in art realistic situations, characters, and behaviors without exaggeration or self-consciousness. Many contemporary naturalists in Germany during the late nineteenth century had been calling for “truth” rather than beauty, and Hauptmann's play responded to this demand.

Though highly praised during his lifetime as an innovative force in German literature, Hauptmann is no longer widely read. Ultimately his reputation seems to have suffered because of his versatility. Some critics contend that his concern for experimentation and innovation in drama, poetry, and prose kept him from attaining mastery in any single genre. Nonetheless, Hauptmann's naturalistic plays have generally received fair reviews from critics but have often been censored for their supposedly controversial content. His masterwork, The Rats, is an excellent example.

The Rats The Rats is the most complex and subtle play in Hauptmann's canon. Its main plot is strongly naturalistic: Frau John, a cleaning woman who lives in a rat-infested former barracks, adopts the illegitimate child of a Polish maid but convinces her husband, a bricklayer, that she has given birth to it. She is discovered despite her brother's murder of the true mother and commits suicide. After Hauptmann gained a court decision against a petty objection by the censor regarding the play, the premiere took place on January 13, 1911, in Berlin. The reaction was subdued. Even Alfred Kerr, one of the most perceptive theater critics, an exponent of naturalism, and an enthusiastic supporter of Hauptmann, had little to say about The Rats that was good. But five years later, when the play was performed again, another critic, Siegfried Jacobsohn, wrote in the periodical Die Schaubuhne: “Criticism is self-criticism. Why did I flop in 1911 when confronted by The Rats?” In retrospect, it can be seen that the cause of the rejection in 1911 is the very “modernity” and relevance of The Rats—its complex intertwining of the tragic and comic and its ironic, disquieting view of human existence and social values.

Hauptmann's play The Weavers, though set in the 1840s, dramatized a social injustice that persisted even when the play was staged. Other works that call attention to social injustice include:

The Grapes of Wrath (1939), a novel by John Steinbeck. Depicting the troubles facing Oklahoma farmers—as exemplified by the Joad family—during the time of the Great Depression, this novel has become a lasting portrait of a family in crisis with nowhere to turn for lasting, sustained help.

The Jungle (1906), a novel by Upton Sinclair. This text reveals the gritty underside of the meatpacking industry and was so effective in portraying these horrors that then-president Theodore Roosevelt enacted new regulations for the industry because he was so moved by the book.

Hotel Rwanda (2004), a film directed by Terry George. In this film, the horrors of the Rwandan genocide are depicted in all their brutality. Given the problems in Darfur, the film not only draws attention to the bitter tribulations that Rwandans underwent in the mid-1990s but also calls for intervention in the genocide being committed in the Sudan.

Rabbit-Proof Fence (2002), a film directed by Philip Noyce. This film—based on a true story—dramatizes the plight of Australian aboriginal peoples during the 1930s, when many children were removed from the custody of their parents in order to be educated by the state or made to work for white families.

Dussère, Richard, ed. The Image of the Primitive Giant in the Work of Gerhart Hauptmann. Stuttgart: Heinz, 1979.