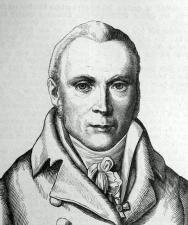 The German humorist and prose writer Johann Paul Friedrich Richter (1763-1825), usually referred to as Jean Paul, achieved his greatest fame as a novelist.

On March 21, 1763, J. P. Richter was born at Wunsiedel, Fichtel Gebirge. As a boy, he went to school at the small town of Hof; then he moved to the University of Leipzig (1781-1784) to study theology. Financial difficulties forced him to become a tutor to various families. When he was 29, he called himself Jean Paul (after Jean Jacques Rousseau). Having given up the idea of entering the Church, he decided to become a writer. He was essentially a Platonist; Herder also had a profound influence on him, and they opposed Kant's speculative philosophy.

After the death of his mother (1797), Jean Paul left Hof for Leipzig, Weimar, Berlin, Meiningen, and Coburg, and in 1804 he settled in Bayreuth. In the meantime (1801) he had married Karoline Mayer. From 1808 on, his financial situation improved considerably, as he received from the prince-primate Reichsfreiherr von Dalberg a yearly pension of 1,000 florins.

About the turn of the century Jean Paul had reached the height of his artistic achievements. He had developed an original poetic language. One of his favorite images is that of man's emerging from the chrysalis state into a new existence; another one is the (Platonic) image of shadows upon the wall, of the soul imprisoned in a shell, and the concept of Hohe Menschen, who are condemned to endure an earthly life but whose real home is a higher, unselfish world.

The theme of Hohe Menschen is the key problem in Jean Paul's masterpiece, Titan (1800/1803). According to him, this novel should bear the title Anti-Titan, as it proves that an artist's ruthless single-mindedness must destroy the ideal of harmony. In his self-centered vehemence, Roquairol spends all energy in a state of extravagant imagination and empties life of true human feeling. Die Flegeljahre (1804/1805), too, depicts a poetic Schwärmer who has to fulfill several practical tasks (as piano tuner, gardener, proofreader, and so on) and thus learn how to come to terms with life.

These two great works were followed by a number of novels in which the comic, satirical, and even grotesque elements are stressed: Dr. Katzenbergers Badreise (1809), Des Feldpredigers Schmelzle Reise nach Flätz (1809), Das Leben Fibels (1806-1811), and Der Komet, oder Nikolaus Marggraf (1820-1822). Moreover, there are the wealth and depth of his theoretical and critical writings on esthetics, education, society, and politics, which not until the 20th century received full appreciation: Vorschule der Aesthetik (1804), Levana order Erziehungslehre (1807), Friedenspredigt (1808), and Politische Fastenpredigten (1817).

The last years were overshadowed by illness, misfortune, and disappointments. In 1821 his only son, Max, died of typhus. Lonely and almost blind, Jean Paul died in Bayreuth on Nov. 14, 1825.

Jeans (clothing) , Background Blue jeans are casual pants made from denim, noted for their strength and comfort. They have been worn by sailors and California gold mine… Marianne Jean-baptiste , Jean-Baptiste, Marianne 1967– Actress In 1997 Marianne Jean-Baptiste became the first black British actor nominated for an Academy Award. Her perform… Jean-paul Paul Gaultier , Gaultier, Jean-Paul French designer Born: Arcueil, France, 24 April 1952. Education: Educated at the École Communale, the College d'Enseignement, and… James Hopwood Jeans , Jeans, James Hopwood physics, astronomy. Jeans was the son of William Tullock Jeans, a parliamentary journalist who wrote two books of lives of scien… Paul I , Paul I (Russia) (1754–1801; Ruled 1796–1801) PAUL I (RUSSIA) (1754–1801; ruled 1796–1801), emperor of Russia. Like his father, Peter III (1728–1762),… Paul Heyse , Heyse, Paul HEYSE, PAUL HEYSE, PAUL (1830–1914), German author and Nobel Prize winner. Heyse was born in Berlin and became one of the outstanding and…