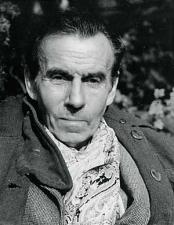 Louis Ferdinand Céline was born on May 27, 1894, just outside Paris, where he spent his childhood in humble circumstances. He left school in 1905 but continued to study by himself for the baccalauréat (university entrance) examination while working as apprentice and office boy. In 1912 he enlisted for military service and was badly wounded and decorated during World War I. Discharged because of his injuries, Céline undertook medical studies and qualified as a doctor in 1924. Extensive travels in Europe, Africa, and North America followed until he set up his practice in a poor district of Paris in 1928.

Célinés first novel, Voyage au bout de la nuit (Journey to the End of Night), was published in 1932, when he was 38. It brought him immediate fame. Written in ungrammatical, colloquial language, including slang and obscenities, it has had a great stylistic influence on later writers, both in France and in North America. It describes the adventures, at once implausible yet convincingly portrayed, of the semiautobiographical hero, Bardamu, in the war, in the African jungle, and in America, and finally as an unsuccessful doctor in France. Above all, the novel communicates Céline's disgust and anger at what he considered the stupidity and hypocrisy of society.

It is this aspect of Céline's work which came increasingly into evidence in a second novel, Mort à crédit (1936; Death on the Installment Plan), dealing with the experiences of Céline's childhood and adolescence. A growing disillusionment and bitterness at the world around him led him to write works-shrill and hysterical pamphlets more than novels-containing incoherent political diatribes and a good deal of anti-Semitic propaganda. The paranoiac side of his personality was to dominate increasingly in the years which followed.

During the German occupation of France in World War II, Céline compromised himself politically by siding with collaborators. After the liberation of France in 1944 he escaped with great difficulty through Germany to Denmark, but there he was imprisoned for over a year on charges of collaboration with the Nazis. In 1951 he was allowed to return to France; he spent the last 10 years of his life in a Paris suburb, still practicing medicine, impoverished and deeply embittered. During this time he wrote several other books based on his experiences during and after World War II. He now viewed life as a frightening nightmare, a world of hallucination and insanity, where hideous ugliness and death were the only true realities. Céline died on July 1, 1961.