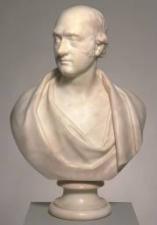 oxford
views updated
Nollekens, Joseph (1737–1823). An English sculptor, Nollekens was the son of an Antwerp painter settled in England. Between 1760 and 1770, in Rome, he laid the foundations of his financial and artistic success. He made a fine, if not always honest, living, dealing in antique fragments and sculpture. Several portrait busts he carved at this time ensured that his reputation preceded him, and on his return to London he established a successful practice. Nollekens's sitters included royalty, literary men, and numerous politicians; William Pitt refused to sit for him, yet casts of the excellent bust which Nollekens made from a death mask and a portrait were extremely popular. Many of his monuments and busts are in Westminster abbey. Nollekens was established as notoriously mean in the biography written by his pupil J. T. Smith (1828).

Joseph Bonaparte , The French statesman Joseph Bonaparte (1768-1844), older brother of Napoleon I, was king of Naples from 1806 to 1808 and king of Spain from 1808 to 1… Francois Clouet , CLOUET, FRANÇOIS (c. 1515/20–1572), French portraitist, painter to the king. François Clouet was the most important French portraitist of the sixteen… John Smibert , Smibert, John Smibert, John 1688 Edinburgh, Scotland First portrait painter in colonial America "Thy Fame, O Smibert, shall the Muse rehearse,/And si… John Singleton Copley , Copley, John Singleton (1738-1815) Painter Early Years. Copley was born in 1738 to poor and uncultured parents who had emigrated from Ireland. Growin… Hans Holbein , Holbein, Hans 1497–1543 Early Life. The younger Hans Holbein was the son of a prominent Augsburg artist who was a contemporary of Albrecht Dürer. The… Joseph Wright , Wright, Joseph (1734–97). Painter, known as Wright of Derby, where he was born and spent most of his life. He earned a living as a portrait painter,…