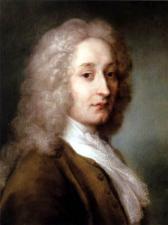 oxford
views updated
Watteau, Jean-Antoine (1684–1721) French painter. Watteau's early work was influenced by the Flemish genre painter David Teniers (1610–90), as seen in his early painting La Marmotte. He is best known for his fêtes galantes, notably his masterpiece Departure for the Islands of Cythera (1717), which is an early example of rococo.