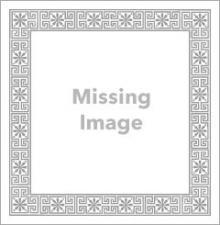 oxford
views updated
Leighton, Frederic (1830–96). Painter. Born in Scarborough, the son of a doctor, Leighton studied art in Frankfurt, Rome, and Paris. Talented and personable, he soon had several wealthy patrons. In 1854 Thackeray warned Millais: ‘look to your laurels: there is a young fellow in Rome called Leighton, who will one day be President of the Royal Academy.’ The following year he exhibited at the academy Cimabue's Madonna Carried in Procession through the Streets of Florence. It was purchased by Queen Victoria: ‘Albert was enchanted with it and made me buy it.’ Leighton was elected ARA in 1864 and duly made president in 1878. Among his best paintings are a portrait of Sir Richard Burton (1875) and The Garden of the Hesperides (1892). He suffered increasingly from poor health and was given a barony on his death-bed: this unique peerage lasted only one day. Sir Walter Armstrong, writing in the DNB, admitted Leighton's technical skill, but observed disparagingly that, as a painter, ‘he had nothing particular to say’. His house in Holland Park Road, London, built in 1865, is now a museum.