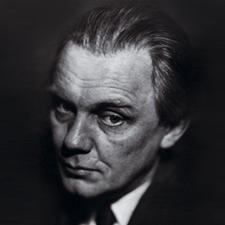 oxford
views updated
Asplund, Erik Gunnar (1885–1940). One of the most prominent of Swedish architects of the first half of C20. His first works show the influence of National Romanticism (the villas Selander (1913) and Ruth (1914)), but after a period in Germany he adopted Neo-Classicism. His mastery of Neo-Classical themes was demonstrated in Stockholm at the Skandia Cinema (with its Pompeian interior colouring (1922–3)), in the Public Library (with its great drum exposing the shape of the reading-room rising up from the simple, blocky mass of the rest of the building (1920–8)), and in the Swedish Pavilion for the 1924–5 Exposition in Paris. For the Woodland Cemetery, part of Stockholm South Cemetery, he and Lewerentz prepared designs in which Neo-Classicism and Romanticism were subtly mingled. The austere funerary Chapel, for example, combined vernacular and Classical themes, and was set in a wooded landscape of moving serenity. With his designs for the Stockholm Exhibition (1930), Asplund demonstrated that he had become a Modernist, and his handling of steel and glass was greatly admired for its elegance and lightness. Other Modernist buildings include the Bredenberg Department Store, Stockholm (1933–7), but his extension to Nicodemus Tessin's 1672 Göteborg Town Hall (1934–7, designed in 1925) mixed stripped Neo-Classicism and a modern structural grid. His Woodland Crematorium, Stockholm South Cemetery (1935–40), has a beautifully crafted portico contrasting with the solemn, cave-like main chapel behind, demonstrating his incorporation of aspects of historical architecture with contemporary design, and his ability to anchor his buildings within a landscape that is partly natural and partly contrived.

classic , clas·sic / ˈklasik/ • adj. judged over a period of time to be of the highest quality and outstanding of its kind: a classic car. ∎ (of a garment or d… Robert Smythson , Smythson, Robert Robert Smythson (1535-1614), an English architect of the Tudor period, is praised by scholars as the most important architect of his… Modern Architecture , Through the nineteenth century and into the early twentieth century, neoclassical architecture predominated in much of Spanish America. In Europe, mo… Cass Gilbert , GILBERT, CASS Cass Gilbert was the U.S. architect responsible for the traditional style and regal proportions seen in many of the nation's finest pub… Adolf Loos , Loos, Adolf Loos, Adolf (1870–1933). Influential Austro-Hungarian architect and polemicist. Born in Brno, Moravia, he studied in Dresden, where Sempe… Auguste Perret , Auguste Perret Auguste Perret Auguste Perret (1874-1954), a French architect and building contractor, was one of the first to use concrete as an arch…