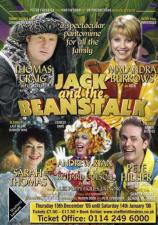 Thomas Platt was born on July 15, 1833, in Owego, N.Y., the son of a lawyer. Thomas entered Yale in 1849, but illness forced him to withdraw. He married in 1852 and during the next decade established a drugstore (which quickly became a center for county political activity), speculated in timber lands, and became president of a local bank.

Platt held local offices during the 1860s, but his political career began in earnest when, in 1870, he organized the "southern tier" of upstate New York for U.S. senator Roscoe Conkling, then the state's political captain. From 1874 to 1878 Platt served in the U.S. House of Representatives, and in 1881 he was elected to the Senate. A dispute over patronage with the forces of President James Garfield culminated a few months later in the joint resignation of Platt and Conkling from the Senate. However, Platt remained powerful in state politics.

After 1879 Platt headed the United States Express Company, which handled the business of the Erie Railroad; in this strategic position he dispensed favors to rural editors, politicians, and legislators along the Erie line. He pioneered a patronage technique whereby powerful corporations, anxious for protection and privilege, contributed directly to party coffers. He oiled the wheels of this "business government" by seeking advice from many quarters. His flexibility earned him the title "Easy Boss, " but he demanded absolute loyalty once decisions were made.

Platt served in the U.S. Senate from 1897 to 1909; his record was undistinguished. In 1898, beset by pressures from reformers, he helped elect Theodore Roosevelt governor of New York. The two worked in uneasy harmony, making appointments, reforming the civil service, and launching various conservation measures. However, Roosevelt was too independent for Platt, and in 1900 he supported Benjamin B. Odell, an organization man, for governor and tried to shelve Roosevelt by arranging to nominate him as vice president. The plan failed doubly when President William McKinley's assassination made Roosevelt president, and Odell displayed an unsuspected progressivism.

Platt died in New York City on March 6, 1910. Although he never practiced the grosser forms of political corruption, his death spurred widespread attack on the machine politics with which he was popularly associated.