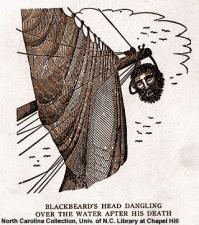 oxford
views updated
Nye, Gerald P. (1892–1971).Born in rural Wisconsin, Nye spent fifteen years as a country editor in Wisconsin, Iowa, and North Dakota. A progressive Republican, he was appointed U.S. senator from North Dakota in 1925 to fill a vacancy; he won elections on his own in 1926, 1932, and 1938. During the 1930s, Nye was to the left of the New Deal on domestic policy. In 1934–36, he gained national prominence as chairman of the Special Senate Committee Investigating the Munitions Industry. The committee probed into the close ties between the U.S. and Allied military and the arms manufacturers and financiers, focusing in particular on the Dupont and Morgan interests and their enormous profits in the World War I era, the so‐called merchants of death. He unsuccessfully called for heavy taxation of war profits and governmental power to take over industries.

A strong isolationist, Nye sought to limit U.S. military defense to the western hemisphere, endorsing more airpower but curbing battleship production. Influential in the drafting and adopting of the Neutrality Acts of 1935–37, he vigorously opposed President Franklin D. Roosevelt's interventionist policies of 1939–41, speaking frequently for the America First Committee. So extreme was his rhetoric that in 1941 he called Britain “the greatest aggressor in modern times.” He lost his Senate seat in 1944 in a three‐way race.
[See also Isolationism; World War I: Domestic Course.]

Ted Kennedy , Edward M. Kennedy Edward M. Kennedy Edward M. Kennedy (born 1932), youngest brother of President John F. Kennedy and Robert F. Kennedy, entered the U… Sam Nunn , Sam Nunn Sam Nunn An expert on national defense and chairman of the Senate Armed Services Committee in the 100th Congress (1987-1989), Sam Nunn (born… Albert Jeremiah Beveridge , When he entered the U.S. Senate in 1899 at age 36, Albert Jeremiah Beveridge (1862-1927) was hailed as one of America's most influential young leader… John Little Mcclellan , John Little McClellan John Little McClellan John Little McClellan (1896-1977) served for 35 years as a U.S. senator from Arkansas. He was one of the… Millard Evelyn Tydings , MCCARTHY, JOSEPH RAYMOND Joseph Raymond McCarthy was a U.S. senator who during the early 1950s conducted a highly controversial campaign against supp… Senate , Senate The upper chamber, or smaller branch, of the U.S. Congress. The upper chamber of the legislature of most of the states. The U.S. Constitution…