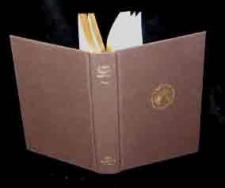 Arctic explorer and husband of Margaret Fox, one of the Fox sisters, who pioneered American Spiritualism. Kane attended the University of Virginia and the University of Pennsylvania Medical School. In 1843 he was commissioned assistant surgeon in the U.S. Navy. He served two years in India and served with the marines in Mexico (1847-48). In 1850 he was assigned to accompany an Arctic expedition to search for the lost John Franklin expedition. In 1853 Kane set out on the trip that gave him some degree of fame. He sailed into the Arctic on a ship that became icebound. He and the crew made friends with the Eskimos and learned much of their culture. Abandoning the ship, they marched across land to a Danish settlement in the south of Greenland, arriving in 1855.

Kane met Fox soon after his return from Greenland. They were married in a simple ceremony in 1856. Kane's health had been broken by his Arctic experience and he died the next year. His relatives refused to accept the marriage or Margaret's claim to Kane's estate. In 1865 Margaret published a volume, The Love-Life of Dr. Kane, which contained his correspondence to her.

Kane did not believe in spirits, but there was nothing in his letters to suggest that he discovered fraud on Margaret's part. On the contrary, in a letter to her sister Kate he writes: "Take my advice and never talk of the spirits either to friends or strangers. You know that with my intimacy with Maggie after a whole month's trial I could make nothing of them. Therefore they are a great mystery." A lively controversy arose, however, about the meaning of his accusations against Margaret for "living in deceit and hypocrisy."

In another letter he writes: "I can't bear the thought of your sitting in the dark, squeezing other peoples hands. I touch no hand but yours; press no lips but yours; think of no thoughts that I would not share with you; and do no deeds that I would conceal from you."

Margaret Of Anjou , Margaret of Anjou Margaret of Anjou (1430-1482) was queen consort of Henry VI, Lancastrian king of England. She was a niece of Charles VII of France… Saint Margaret Of Scotland , St. Margaret of Scotland (1045-1093), wife of the Scottish king Malcolm III, introduced important religious reforms into Scotland and was a civilizin… Margaret Of Parma , Margaret of Parma (1522–1586) Duchess of Parma, and illegitimate daughter of Charles V, who ruled the Netherlands as regent for eight years . Name va… Vivica A. Fox , 1964- Actor In 1997 Essence magazine asserted Vivica A. Fox was "the Hollywood homegirl of the moment." Nearly a decade later, Fox had parlayed her s… George Fox , Fox, George FOX, GEORGE FOX, GEORGE (1624–1691), was the chief founder and early leader of the Quakers, a popular movement without clergy, ritual, or… Margaret Mitchell , Margaret Mitchell Author of Gone With the Wind, the most popular novel ever written, Margaret Mitchell (1900-1949) was born on November 8 in Atlanta,…