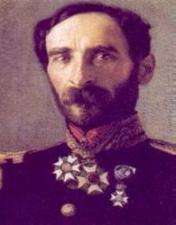 oxford
views updated
Guêpière, Pierre-Louis-Philippe de la (c.1715–73). French architect. With Pigage he introduced the Louis Seize style to Germany. He worked on the Neues Schloss (New Castle), Stuttgart, with Leopoldo Retti (d. 1751), built 1746–68 (destroyed), and designed Schloss Solitude (with Johann Friedrich Weyhing (1716–81) ), above Stuttgart (1763–7), a charming single-storey building with two wings extending from a central elliptical domed element. He was also responsible for Monrepos (1760–7), an enchanting Classical lakeside building near Ludwigsburg. All three buildings were for Duke Karl Eugen of Württemberg (ruled 1744–93). Following his retirement to France in 1768, he designed the Hôtel de Ville, Montbéliard, erected in modified form after his death in the late 1770s. He published Recueil de projets d'archi-tecture (Compendium of Architectural Projects—1750) and Recueil d'esquisses d'architecture (Compendium of Architectural Designs—1759).