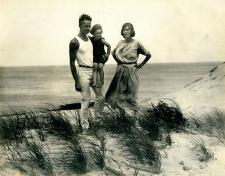 oxford
views updated
O'Neill, Shane (c.1530–67). The legitimate son of Con O'Neill, he was passed over in 1542 when his father was created earl of Tyrone, presumably because of his youth, and remainder given to an illegitimate son, Matthew. As soon as he grew up he claimed the inheritance, insisting that Matthew's claim was entirely spurious, and by 1557 had driven his father and Matthew O'Neill to take refuge in the Pale. In 1558 he killed Matthew, but at her succession Elizabeth offered to recognize him if he submitted to the lord deputy, Sussex. The negotiations broke down amid mutual mistrust, but O'Neill held his own against Sussex and in 1562 visited Elizabeth in London, where he and his followers (who spoke mostly Irish) created a sensation. On his return to Ireland, he resumed his warfare with gusto, particularly against the Macdonnells. Fresh attempts by Sussex and then Sir Henry Sidney to subdue him failed, but O'Neill, appealing to his old enemies the Macdonnells for support, was assassinated in June 1567.