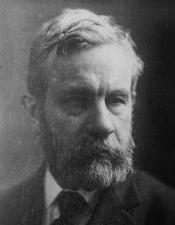 oxford
views updated
Devoy, John (1842–1928). Irish nationalist. Devoy was born in Kildare and joined the Fenians as a young man. His task was to foster disaffection in the British army and he was arrested in 1862. Released in 1871 on condition of exile, he spent the rest of his life in America, where he organized the Clan na Gael as a fund-raising group, affiliated to the Irish Republican Brotherhood. In 1878 he initiated the ‘new departure’, a proposal for a rapprochement between the Fenians and Parnell's parliamentarians, but it was rejected by the IRB the following year. In 1915 Devoy supported Casement's mission to Germany to obtain arms, assuring the Germans that Casement had his ‘fullest confidence’. After Casement's arrest, Devoy distanced himself.

Scotch-irish , Scotch-Irish SCOTCH-IRISH, a term referring to a migrant group of Protestant settlers from Scotland to northern Ireland in the seventeenth century an… Charles Stewart Parnell , The Irish nationalist leader Charles Stewart Parnell (1846-1891) made home rule for Ireland a major factor in Irish nationalism and British politics.… Irish Famine , Famine, Irish Famine, Irish (1845–51). The famine originated with the recurrent failure of the potato crop, devastating the Irish cottier and small f… Michael Davitt , Fenian and Land League founder Michael Davitt (1846–1906) was born on 25 March in Straide, Co. Mayo. In 1850 his family's landlord evicted them from… Brogue , BROGUE. An informal, non-technical term for an Irish and sometimes a Scottish or West Country ACCENT. In the 18c, the expression to have the brogue o… Shelta , SHELTA, also Shelter, Shelteroch, Sheldru. An ARGOT, derived from IRISH GAELIC, used by travelling people (tinkers) in Ireland and Britain. Many of i…