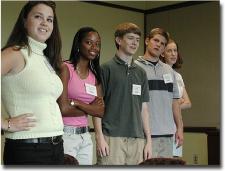 oxford
views updated
Benbow, John (1653–1702). Admiral. Of the ‘tarpaulin’ rather than ‘gentleman’ breed of naval commander, Benbow was born in Shrewsbury. Entering the navy he showed diligence in navigation which a later, and enforced, spell in the merchant service only enhanced. In the Mediterranean he entered the circle of those favoured by Arthur Herbert and, after the revolution, such valuable patronage brought him dockyard posts and naval commands. Benbow was master of the fleet at Beachy Head in 1690, and prominent at Barfleur in 1692, when he also bombarded St Malo. Promoted admiral in 1696 Benbow then commanded a squadron before Dunkirk, and in the western Channel. His chief claim to fame was his West Indies command 1701–2, of great consequence at the start of the Spanish Succession War. In May 1702, in action against a French force under Du Casse, Benbow was mortally wounded, at the same time being deserted by his captains, two of whom were shot after trial. He died at Port Royal (Jamaica), but lived on in a celebrated sea-song as ‘Brave Benbow’.