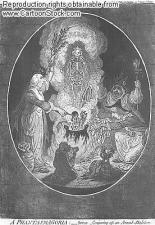 oxford
views updated
Addington, Henry, 1st Viscount Sidmouth (1757–1844). Prime minister. During a long political career Addington suffered from the denigration of foes and the condescension of friends, yet he had remarkable powers of survival. The son of a country doctor, he was educated at Winchester and Oxford. Entering the Commons in 1784 he made little impact until Pitt pushed him as speaker in 1789. He proved himself to be capable and fair-minded, and because of his opposition to catholic emancipation he was George III's choice to succeed Pitt as prime minister in 1801. Addington appealed to the backbench country gentlemen, whose prejudices he shared. Despite its defects the peace of Amiens was initially popular and Addington's policies of fiscal economy were generally approved. His management of public finance was competent, but the breakdown of the peace settlement exposed his limitations and in 1804 he was replaced by Pitt. Raised to the peerage in 1805 he served at various times and with mixed fortunes in Pitt's second ministry, in the Ministry of All the Talents, and in Perceval's administration. When Liverpool formed his ministry in 1812 Sidmouth became home secretary, holding the office until 1821, when he remained in the government as minister without portfolio. At the Home Office Sidmouth was responsible for the surveillance of radical activity. His views were conservative and consistent. He opposed catholic emancipation and parliamentary reform. He believed in the traditional constitution and was convinced that concessions made to popular pressure would be dangerous and unsettling. Yet during several industrial disputes in the troubled post-Waterloo years he sympathized with the strikers, believing that employers should keep faith with their men. If his advice had been followed in 1819 there would have been no ‘Peterloo massacre’: he had cautioned the magistrates at Manchester against seeking any confrontation with large crowds. Nevertheless, whatever his misgivings, he thought it necessary to support the magistrates in the face of criticism. Though he had to rely on informers and spies for information about radical activists, he had a healthy scepticism about many of the alarmist stories passed on to the Home Office. He was dubious about the likely benefits of government intervention in matters of trade and had no wish to extend the powers of central government. After he left office in 1824 he remained a staunch opponent of catholic relief and parliamentary reform, voting against both measures in 1829 and 1832. Throughout his career he voiced the unspoken convictions of many country gentlemen with a tenacity they admired, and while at times he annoyed colleagues by vacillation, Sidmouth's proudest boast was that he had never deliberately hurt anyone.

Malcolm Fraser , Malcolm Fraser (born 1930), prime minister of Australia from 1975-1983, was regarded as one of the toughest and most successful leaders of the Libera… Henry Pelham , Pelham, Henry (c.1696–1754). Prime minister. Pelham was 1st lord of the Treasury for over ten years (1743–54) and highly regarded by his contemporari… Benazir Bhutto , Benazir Bhutto (born 1953) became prime minister of Pakistan in 1988. Heir to the political legacy of her father, Zulfikar Ali Bhutto (prime minister… Michael Heseltine , Michael Heseltine One time defense secretary and environment secretary, Michael Heseltine (born 1933) was a key figure in British politics from the 1… Luisa Dias Diogo , Diogo, Luisa Prime Minister of Mozambique Located in southeastern Africa, the tiny country of Mozambique is one of the poorest in the world, with app… Iyad Allawi , Iyad Allawi 1945 • Adhamiyah, Iraq Former prime minister of Iraq For nearly thirty years Iraq-born Iyad Allawi lived in Great Britain, where he was k…