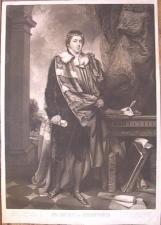 oxford
views updated
Buckingham, Henry Stafford, 2nd duke of (1455–83). Buckingham came from a staunchly Lancastrian family. His father was killed at the first battle of St Albans, just before he was born: his grandfather (from whom he inherited the title), was killed at Northampton when he was 6. He could expect little favour from the Yorkist establishment. Edward IV's death opened the door. Allying himself with Richard of Gloucester, the two dukes swept to power in the summer of 1483. With Gloucester crowned as Richard III, Buckingham, lavishly rewarded, looked well set. Yet within four months he joined dissident southern gentry in rebellion. Betrayed to the king, he was summarily executed at Salisbury on 2 November. Buckingham's volte-face remains an enigma. He may have been converted to Henry Tudor's cause; he might have judged that he was again joining the winning side; or he might even have had his own fantasies about the crown. His behaviour suggests that Edward IV had correctly judged him to be dangerously untrustworthy.

Barons War , Barons' War, in English history, war of 1263–67 between King Henry III and his barons. In 1261, Henry III renounced the Provisions of Oxford (1258) a… House Of York , York, house of. 15th-cent. royal dynasty. Historians from the Tudor period onward viewed the Wars of the Roses as a dynastic contest between the hous… Richard Iii , Richard III (1452–85), king of England (1483–5). Richard is one of England's most controversial figures, immortalized as evil personified by Shakespe… Edward 3d Duke Of Buckingham Stafford , Buckingham, Edward Stafford, 3rd duke of (1478–1521). Stafford's great-great-grandfather was killed at Shrewsbury in 1403 fighting for Henry IV; his… Henry Percy 4th Earl Of Northumberland , Northumberland, Henry Percy, 4th earl of (c.1449–89). Edward IV kept Percy in detention after the death of his father, the 3rd earl, in 1461. He was… Edward Duke Of York , York, Edward of York, 2nd duke of (c.1373–1415). The elder son of Edmund of Langley (whom he succeeded as duke in 1402), in 1390 Edward was created e…