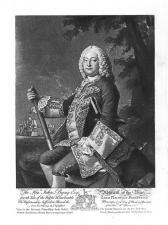 oxford
views updated
Byng, George, 1st Viscount Torrington (1664–1733). Byng entered the navy at 14 from a family in straitened circumstances. In 1688, while serving as a lieutenant in Dartmouth's fleet, he acted as intermediary with William of Orange and was rewarded with his own command. By 1703 he was rear admiral and was brought into Parliament in 1705 for Plymouth. From 1709 he was a lord of the Admiralty and commanded squadrons frustrating Jacobite invasions in 1708 and 1715. In 1718 he became admiral of the fleet and the same year won a crushing victory over a Spanish force at Cape Passaro, though he was assisted by the ineptness of Spanish tactics. He was given his viscountcy in 1721 and served as 1st lord of the Admiralty from 1727 until his death. His fourth son was the ill-fated Admiral Byng.

David Glasgow Farragut , The American naval officer David Glasgow Farragut (1801-1870) was the hero of two of the most important Union naval victories in the Civil War. He be… John Benbow , Benbow, John (1653–1702). Admiral. Of the ‘tarpaulin’ rather than ‘gentleman’ breed of naval commander, Benbow was born in Shrewsbury. Entering the n… Edward Vernon , Vernon, Edward (1684–1757). Admiral. Second son of James Vernon, secretary of state to William III, Vernon entered the navy at the age of 15, and was… Charles Howard 1st Earl Of Nottingham , Howard, Charles, 2nd Baron Howard of Effingham and 1st earl of Nottingham (c.1536–1624). Howard took advantage of his high birth to sustain a long an… Samuel Hood 1st Viscount Hood , Hood, Samuel HOOD, SAMUEL. (1724–1816). British admiral. Born in Budleigh, Somerset, on 12 December 1724, the eldest son of a country parson, Hood en… George Jeffreys 1st Baron Jeffreys Of Wem , Jeffreys, George, 1st Baron (1648–89) English judge. He became lord chief justice in 1683, and lord chancellor in 1685. He presided over the Bloody A…