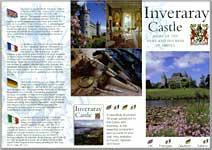 oxford
views updated
Douglas, Archibald Douglas, 3rd earl of [S] (d. 1400), known as ‘the Grim’. Douglas rose to prominence as a supporter of David II in a period when the steward and the 1st earl of Douglas were in rebellion (1363). David made him constable of Edinburgh castle (1361), warden of the west marches (1364), and lord of Galloway (1369). He bought the earldom of Wigtown (1372), received Bothwell by marriage, and inherited the earldom of Douglas (1388), creating the Douglas power that dominated Scotland until 1455. He was praised by contemporary chroniclers, particularly for endowment of collegiate churches at Lincluden and Bothwell. From 1399 he supported Robert III's heir, the duke of Rothesay, as governor of Scotland, his death significantly weakening the duke's position. Furthermore, by buying his daughter's marriage to Rothesay (1400), he antagonized the earl of Dunbar, whose daughter was already espoused to the duke. Dunbar persuaded Henry IV to invade in retaliation.

Rhys ap Gruffydd , Rhys ap Gruffydd (1132–97), king of Deheubarth (1155–97), known as ‘the Lord Rhys’. The younger son of Gruffydd ap Rhys, king of Deheubarth, and Gwen… Catherine Howard , Catherine Howard (1520–42), 5th queen of Henry VIII. Catherine, the daughter of Lord Edmund Howard and niece of the duke of Norfolk, was 19 when Henr… Robert Ii (normandy) , Robert II (1316-1390) was king of Scotland from 1371 to 1390. For many years heir presumptive to David II and frequently regent of the kingdom, Rober… Llywelyn Ap Iorwerth , Llywelyn ab Iorwerth Llywelyn ab Iorwerth (1173–1240), prince of Gwynedd (1195–1240), known as ‘the Great’. The son of Iorwerth ‘Flatnose’ and Margar… Dowry , Dowry Dowry, an important gift given to a woman contributing to her support in marriage or convent life. Until the end of the nineteenth century, par… Henry Percy 1st Earl Of Northumberland , Northumberland, Henry Percy, 1st earl of (1341–1408). Heir to the 3rd Lord Percy of Alnwick, Percy's military career began in France under Dukes Henr…